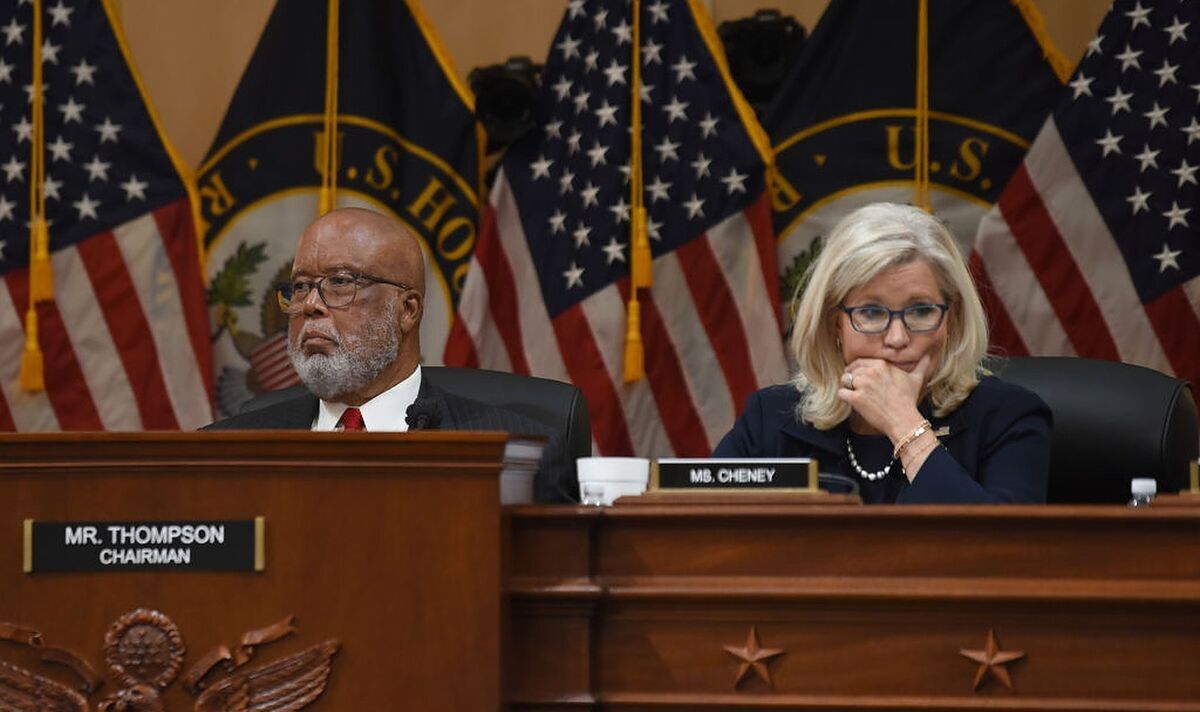 Simon Dolan, author of Trump: The Hidden Halo, said although the storming of the US Capitol on January 6 2021 was a “tragedy” the hearings weren’t trying to examine the root cause. Mr Dolan said the goal of the hearings was to undermine support for Donald Trump and brand him as a “despot”.

Speaking to Express.co.uk he said: “The January 6 Congressional Hearings can best be described as a Soviet-style witch-hunt against an opposition political force.

“Whilst January 6 was a tragedy, the hearings have not attempted to discover the root cause: instead, they subpoenaed those who had virtually no involvement in the event in order to fit a predefined narrative.

“The fact is that only one person died – shot dead by Capitol Police, and that person happened to be a Trump supporter, that is what should be being investigated.

“Instead, the hearing is yet another attempt to undermine support for Donald Trump and paint him as some sort of despot.

“The timing of this charade of course coincides with Biden’s approval rating being the lowest in history.”

The hearings, which started on June 9 in Washington DC, are an attempt by the United States House Select Committee to investigate the attack on the Capitol building.

As a joint session of the US Congress met to validate the result of the 2020 US Presidential election in effect confirming Joe Biden as president, and following a speech by Donald Trump and a large rally some supporters of Mr Trump broke into the Capitol building, leading many lawmakers to hide.

Five people died during the event or shortly after including one who was shot by police.

They heard that it was Mr Pence rather than Mr Trump as claimed by the White House who had asked for the National Guard to intervene during the January 6 disturbances.

There were also claims that Trump advisor and former New York Mayor Rudy Giuliani was drunk when he advised Mr Trump to claim that he had won.

Then Attorney General William Barr also told the committee of some of the more bizarre allegations of electoral fraud claimed by the Trump camp.

These include the Italygate theory that satellites from Italy had flipped votes from Mr Trump to Mr Biden.

There was also a claim that former Venezuelan president Hugo Chavez had been behind some of the electoral fraud.

This was despite the fact that Mr Chavez had died of cancer in 2013, 7 years before the election.