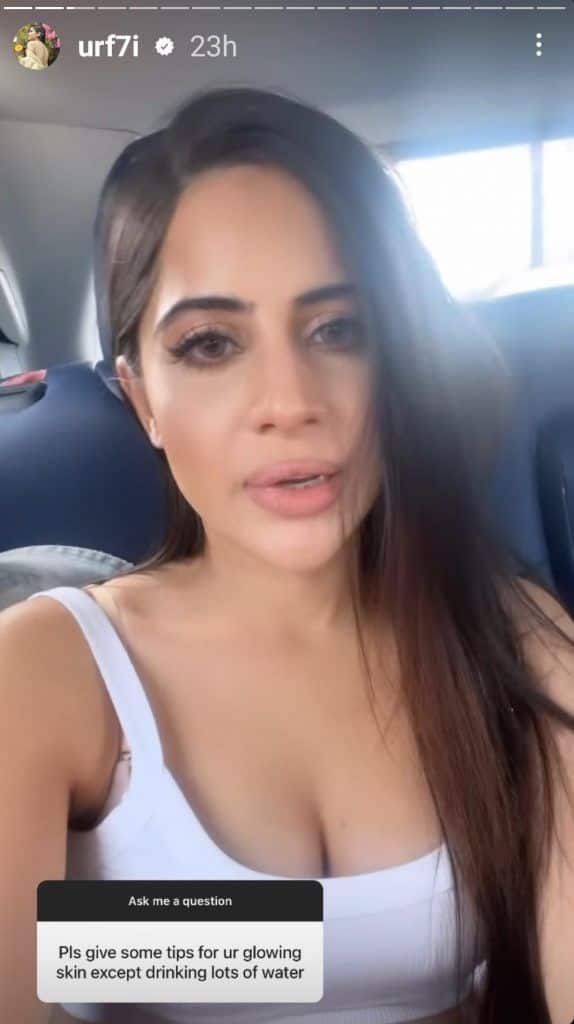 Urfi Javed and Paras Kalnawat were seen together in Star Plus’ show Meri Durga. The two were in a relationship for a brief period and later parted ways. Urfi has always been quite vocal about her relationship with Paras. In an interview, she stated that he was very possessive of her and she wanted to break up with him just after one month of being in the relationship. Recently, the two came under one roof at the launch party of Jhalak Dikhhla Jaa 10, and there were reports that the two had a nasty fight at the bash. Also Read – Before Tiger Shroff, THESE celebs confessed to having crushes on married Bollywood stars

The reports of their fight have been making it to the headlines in the entertainment news, and a recent video of Urfi makes us wonder whether she took a dig at Paras and called him toxic. Also Read – Janhvi Kapoor, Ileana D’Cruz, Tanushree Dutta and more actresses who were massively trolled for their recent appearances and outfits

Urfi recently did a Ask Me Anything on Instagram and a fan asked her to give tips for glowing skin except drinking water, and the actress’ reply shocked one and all. She said, “Date a toxic man. Jitna zyada toxic ladka utna aap rouoge, aur rone ka baad ka jo glow hota hai who aur kahi aa hie nahi sakta.” Also Read – Jhalak Dikhhla Jaa 10: Exes Urfi Javed and Paras Kalnawat had a nasty fight at the grand launch party? Here’s what we know

Well, we wonder what Paras has to say about it. Meanwhile, Urfi in one of her interviews had also claimed that due to Paras she didn’t get a chance to be cast in Anupamaa.

Meanwhile, in an interview with Siddharth Kanan, Paras recently opened up about a rumour about him that was funny or upsetting. The actor stated that Urfi said he stopped her entry in Anupamaa and that one cannot do that as an actor. So, it was a rumour he felt bad about. However, he decided not to clarify it with her.

Well, Paras is currently not a part of Anupamaa, His contract was terminated as he decided to participate in Jhalak Dikhhla Jaa 10.