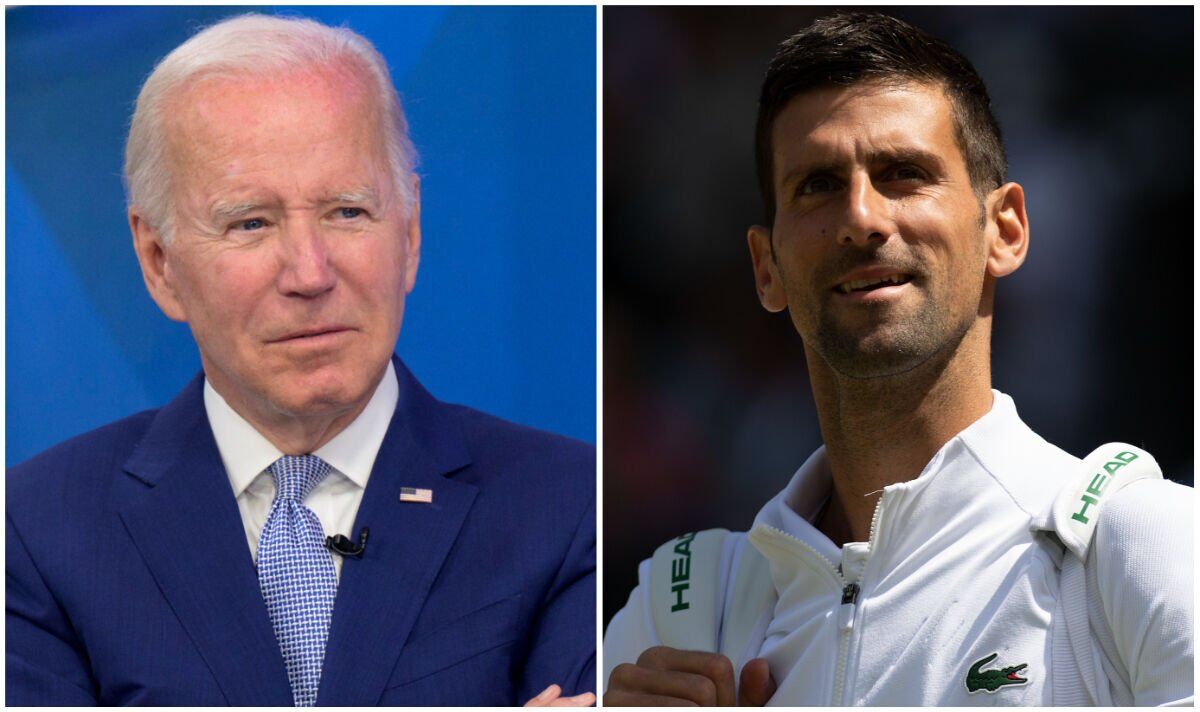 Texas state senator Drew Springer has hit out at President Joe Biden amid the news that Novak Djokovic may not be able to take part in the US Open due to his Covid-19 vaccination status. The Serb moved one behind Rafael Nadal in the race for most Grand Slams of all time with victory at Wimbledon, but could be forced to wait to catch the Spaniard.

Djokovic has not taken the Covid-19 vaccination and currently is not able to travel to America to compete in the US Open next month, as foreign visitors are required to be vaccinated in order to enter the country. Springer took to Twitter in a plea to Biden as he suggested that Djokovic be allowed to enter the US to compete.

“Biden is banning Novak Djokovic from coming to USA to play the US Open but allows millions of unvaccinated illegals to flood across the border,” the senator wrote. “Hey Joe, what’s one more unvaxed person?!?! #LetNovakPlay #txlege #USOpen.”

The 21-time Major winner has stated he has no plans to get the vaccine and does not think that the chances of an exemption are realistic. “I’m not vaccinated and I’m not planning to get vaccinated,” Djokovic said. “So the only good news I can have is them removing the mandated green vaccine card or whatever you call it to enter [the] United States or exemption. I don’t know. I don’t think exemption is realistically possible. If that is [a] possibility, I don’t know what exemption would be about. I don’t know. I don’t have much answers there.”

A White House statement read that limited exceptions are made to the mandate. “Non-citizen, non-immigrant air travellers to the United States will be required to be fully vaccinated and to provide proof of COVID-19 vaccination status prior to boarding an aeroplane to fly to the U.S.,” the statement said. “With only limited exceptions.”

The White House guidelines around exemptions from the vaccination requirement claim that the limited exceptions include Covid vaccine clinical trial participants, those with medical contraindications to the vaccines, those who need to travel for emergency or humanitarian reasons, those who are travelling on non-tourist visas from countries with low-vaccine availability (as determined by the Centres for Disease Control and Prevention), and other very narrow categories.

Djokovic was deported from Australia earlier this year, following a legal battle that saw his visa cancelled by the government on “health and good order” grounds.

The 35-year-old was set to face a three-year ban from the country but recent reports have suggested that the new Prime Minister Anthony Albanese could overturn the decision when the competition begins in January.

Djokovic did tease that he may be visiting the US to Nick Kyrgios, with whom he made a bet where the winner of the Wimbledon final would treat the runner-up to a meal. On Instagram, the Australian said: “Where is my dinner!!!!!!”, to which the Serb replied: “Sorry mate. I called all the restaurants in London on Sunday night and there was no tables available. Dinner is on me in NYC.”