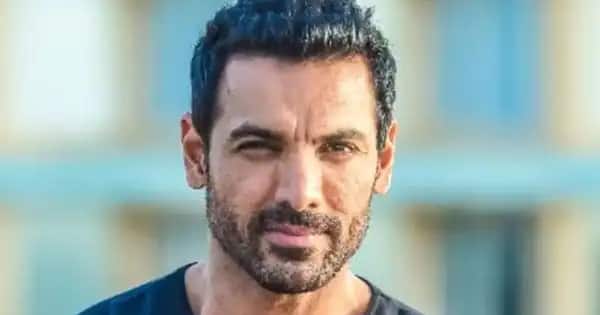 John Abraham will never have an OTT release as an actor; says, ‘I don’t want to be available at rupees 299 or 499’

John Abraham says ‘I m a big-screen hero and I would want to remain there’. In his recent interaction, John Abraham opened up on why he will never make an OTT debut and will stick to big screens only. The actor’s last film Attack Part 1 had been released on OTT after it hit the theatres. He spoke about why he will never have an OTT debut. Also Read – Trending Hollywood News Today: Bill Cosby found guilty of sexually assaulting a minor, Amber Heard and Cara Delevingne’s viral kissing picture and more

I am a big-screen hero and that is where I want to be seen. Also Read – Trending TV News Today: Karan Kundrra takes auto ride, Shehnaaz Gill hides her face from paparazzi, Aneri Vajani opens up on dating and more

In a candid chat with ETimes, he said, “I am a big-screen hero and that is where I want to be seen. At this point, I will do films that cater to the big screen. I would find it offensive if someone shut off my film midway on a tablet because they needed to rush to the washroom. Also, I would not like to be available for ₹299 or 499. I have a problem with it”. Well, he ever minces his words, does he?. John is known to be outspoken and this statement of him may not go well down with his fans as they are eagerly waiting for him to make an OTT debut like every actor. Also Read – Don 3: Latest update on Shah Rukh Khan’s film will leave fans heartbroken

But if you think that John has a problem with OTT films? This is what he has to say about the same,”As a producer, I love the OTT space. I would love to make films for the medium and cater to that audience. But as an actor, I am very clear that I want to be on the big screen”.

John Abraham is not only an actor but also a producer, he openly admitted that he will do OTT films but as a producer. But when it comes to him, he wants to shine only on the big screen. John Abraham is a self made star and he has come a along way in his journey. The actor has no godfather in the industry, but today he has become a godfather to many budding actors. John gave Ayushmann Khurana his first break as an actor in Vicky Donor.