Judge instructs jury before its deliberation in online extortion case of B.C. teen 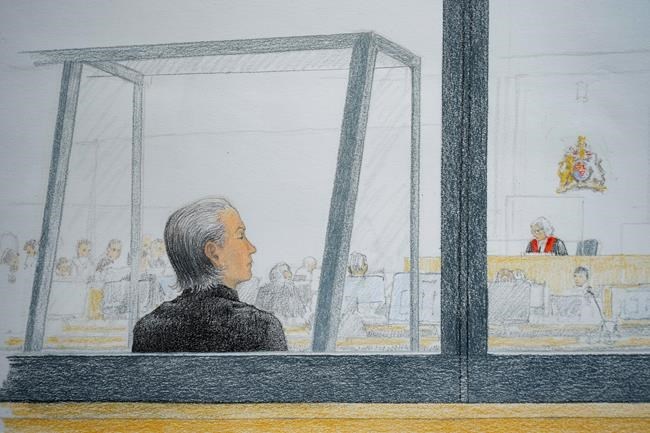 NEW WESTMINSTER, B.C. — The British Columbia Supreme Court justice in the trial of a Dutch man charged with harassing and extorting teenager Amanda Todd told the jury Friday to take “special care” with the teen’s statements.

Justice Martha Devlin said because Todd died in October 2012 and didn’t testify and wasn’t able to be cross-examined at Aydin Coban’s trial, the jury needs to be aware of the limitations of evidence given.

In her final instructions before deliberations were to begin, Devlin said jury members should carefully examine the statements Todd gave to her parents, police officers and in her electronic communications when they consider Coban’s verdict.

“Do not place Amanda Todd’s statements on the same footing as the statements of a witness who testified for you in this trial,” she told the jury. “Give her statements special care and the weight you think they deserve.”

Coban pleaded not guilty to extortion, harassment, communication with a young person to commit a sexual offence and possession and distribution of child pornography at the start of the trial two months ago.

Before summarizing the evidence and testimony given in the 38-day trial, Devlin was careful to say that Coban was not charged in Todd’s death.

“You have heard evidence in this trial that Amanda Todd died on Oct. 10, 2012. Mr. Coban is charged with five offences, all of which are alleged to have occurred between November 2009 and February 2012. Amanda Todd’s death and the circumstances of her death are not part of this trial,” Devlin said.

Crown attorney Louise Kenworthy told the jury in her opening statements that Todd had been the victim of a persistent campaign of online “sextortion” before her death at age 15.

She wrapped up her closing arguments Tuesday saying there was a “treasure trove of information” linking Coban to the harassment and extortion of Todd.

Defence lawyer Joseph Saulnier told the jury in his closing arguments that “fragments” of computer data cited by police cannot link the Dutch man to the harassment and extortion of Todd. He said the main issue in the trial is the identity of the person behind the messages, and extortion cannot be proven beyond a reasonable doubt.

Jury members are expected to begin their deliberations later Friday.