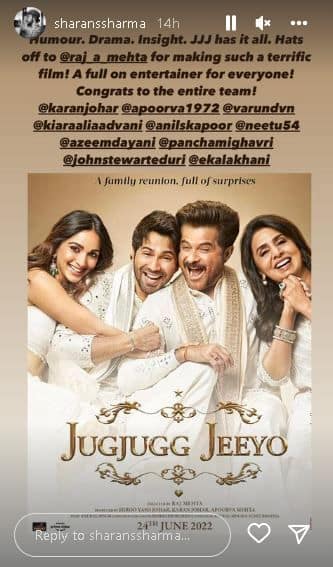 Raj Mehta’s JugJugg Jeeyo is all set to release on 24th June 2022. The movie stars Varun Dhawan, Kiara Advani, Anil Kapoor, Neetu Kapoor, Maniesh Paul, and Prajakta Koli. The trailer and the songs of the film have received a fantastic response, and moviegoers are excited about it. Recently, a special screening of the film was organised and the first reviews are out now. Bollywood celebs are very impressed with JugJugg Jeeyo, and here’s what they have to say about the movie… Also Read – Anushka Sharma in Chakda Xpress, Taapsee Pannu in Shabaash Mithu and more actresses who are all set to play sportswoman on screen

Neha Dhupia tweeted, “THERES SOMETHING ABOUT WATCHING A GREAT FILM BEFORE ITS RELEASE …THIS BEING ONE THAT YOU CAN SHARE WHAT A GREAT FILM IT ACTUALLY IS. #JUGJUGJEEYO IS ALL THINGS WONDERFUL AND FUNNY AND ENTERTAINING.. EACH ONE @Varun_dvn #AnilKapoor sir @kiaraaliaadvani #NeetuKapoor ma’am…” Also Read – Jug Jugg Jeeyo Box Office: Will Varun Dhawan-Kiara Advani’s film topple the first day record of Kartik Aaryan’s Bhool Bhulaiyaa 2?

You all are so good infact great, @ManishPaul03 @iamMostlySane you both light up the screen with ur magic.Raj Mehta you are meant to tell the best stories in the most entertaining way… @karanjohar @apoorvamehta18 @DharmaMovies thank you for the laughs,the movies ? the magic ?

Gunjan Saxena: The Kargil Girl director, Sharan Sharma, tweeted, “Humour, drama, insight. JJJ has it all. Hats off to Raj Mehta for making such a terrific film. A full on entertainer for everyone. Congrats to the entire team.”

Check out other reviews below… 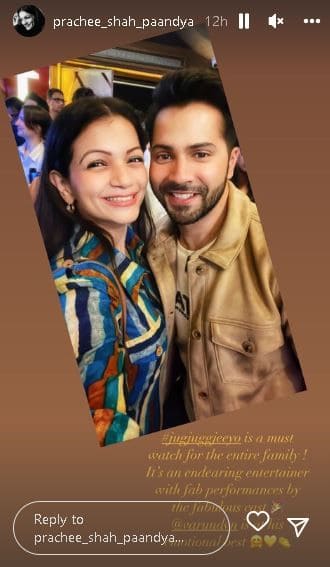 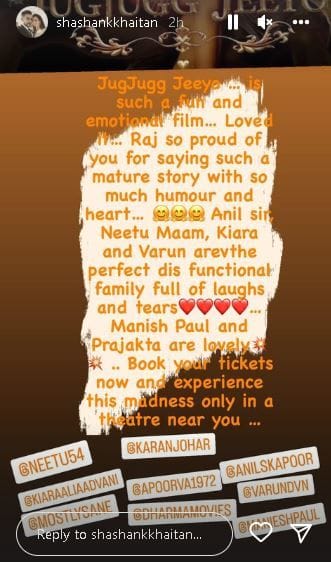 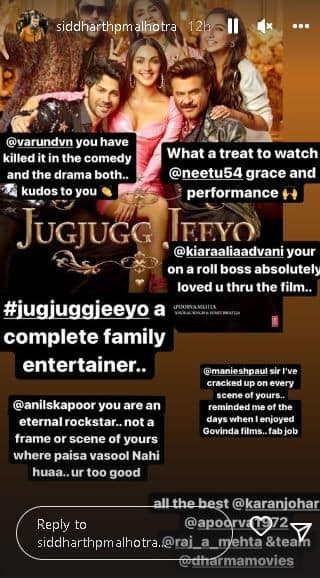 Well, this year, many Bollywood films have failed to make a mark at the box office, and now, everyone’s eyes are on JugJugg Jeeyo. For now, the advance reports booking are quite good, and trade is expecting an opening of around Rs. 10-11 crore which is quite good.

A lot of things are favouring JugJuggJeeyo; Varun Dhawan’s fans will get to watch him on the big screen after two years, Kiara Advani is in full form as she just tasted success with Bhool Bhulaiyaa 2, and moviegoers are also excited to watch Anil Kapoor-Neetu Kapoor’s jodi for the first time. So, we can expect JJJ to be a hit at the box office.