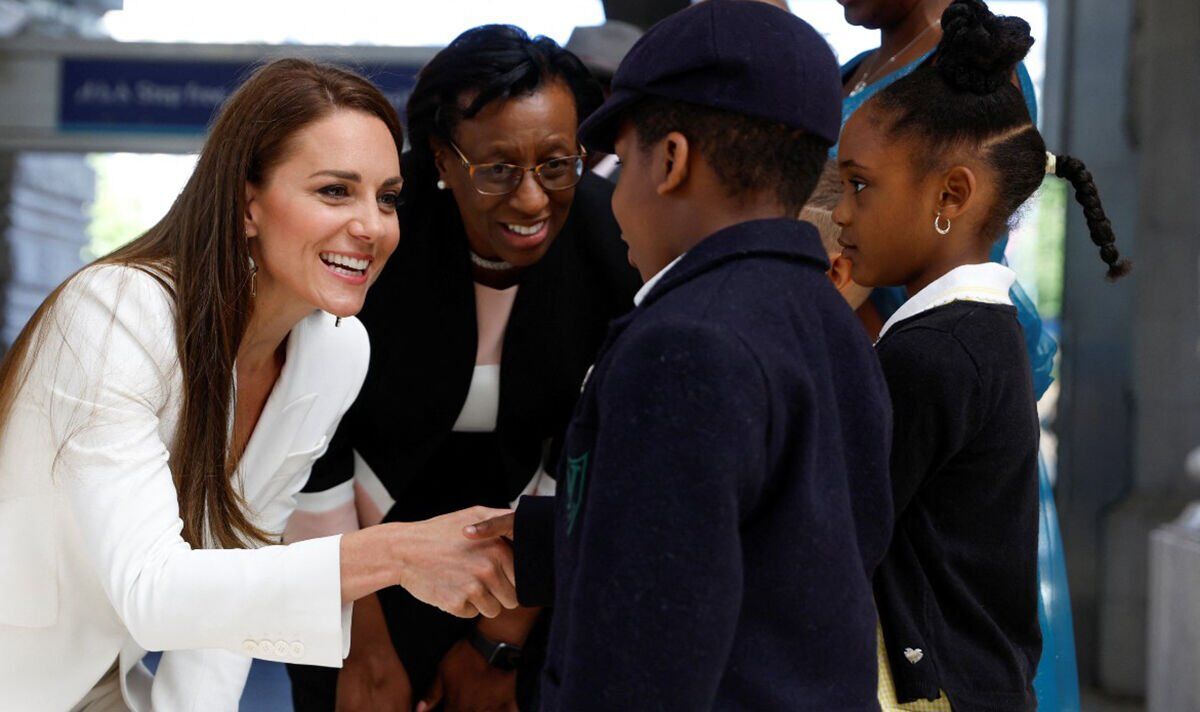 Prince William and Kate have gathered alongside members of the Windrush generation for the unveiling. Kate looks classy in a crisp white trouser suit with matching white heels. The statue – of a man, woman and child in their Sunday best standing on top of suitcases – has been revealed at Waterloo Station on Wednesday to mark Windrush Day.

It was designed by the Jamaican artist and sculptor Basil Watson, who said it had been an honour to create the monument.

The appearance comes a day after William celebrated his 40th birthday.