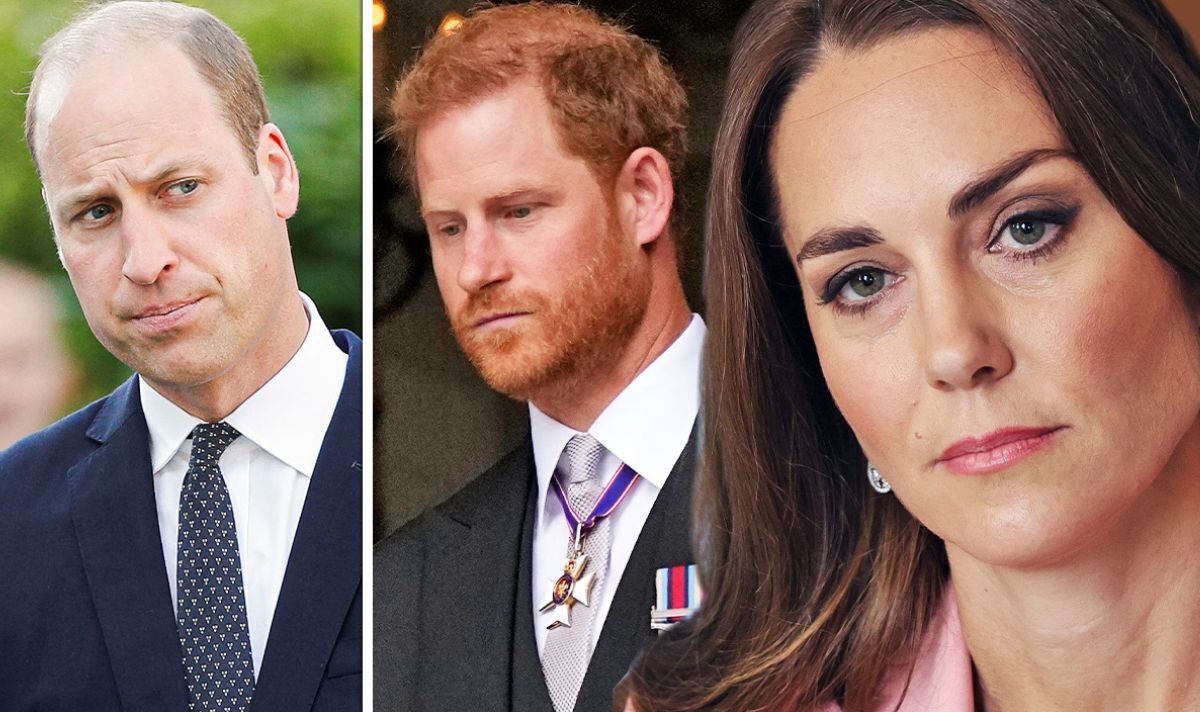 Royal author Ingrid Seward said William’s wife, the Duchess of Cambridge, encouraged the brothers to reconcile their differences and make up but the pair remain estranged.

The relationship between the two royals is believed to have started breaking down after William’s concerns over Harry’s fast-developing relationship with Meghan Markle.

The pair met in 2016 and announced their engagement just 16 months later, before marrying in 2018.

The row escalated some years later when Prince Harry claimed his older brother was “trapped” within the royal establishment during his and Meghan’s bombshell Oprah Winfrey interview.

Harry returned to the UK earlier this month for the Queen’s Platinum Jubilee celebrations, but the two brothers were not pictured together and are believed to have not met up privately.

However, those close to the two brothers reportedly want the rift to end as royal expert Ingrid Seward noted Kate has been trying to act as a peacekeeper.

Ms Seward told the Mirror: “Kate went a long way to encourage their relationship and although William has always looked out for Harry, he feels at the moment there is nothing more he can do.

Christopher Anderson told US Weekly that “William and Kate made no effort at all to introduce Prince George, Princess Charlotte and Prince Louis to [Lilibet]” at the celebrations.

He said there is still “a lot of tension” between the brothers, adding “nobody believes they spoke [to each other]”.

Harry and Meghan are understood to have extended an olive branch when they invited William and Kate to Lilibet’s first birthday party at Frogmore Cottage on June 4.

However, the Cambridge family were at Cardiff Castle to celebrate the Platinum Jubilee and therefore didn’t attend the youngster’s birthday.