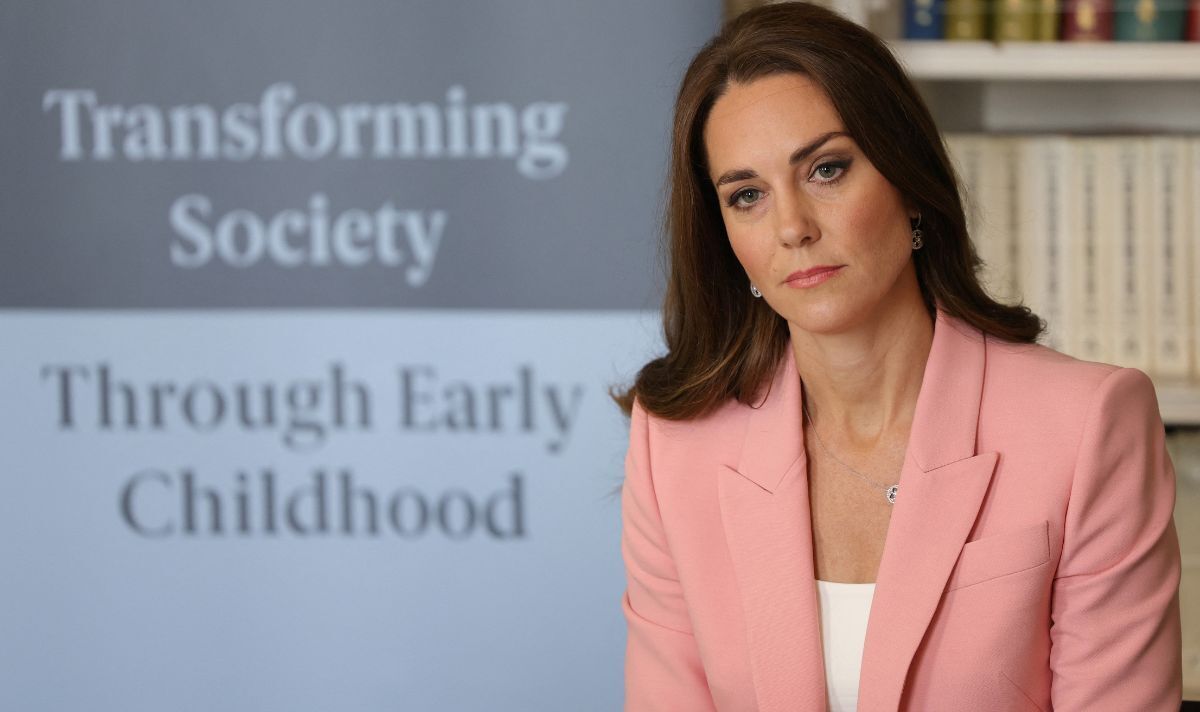 The Duchess of Cambridge convened a group of civil servants, experts and ministers including Health Secretary Sajid Javid for a discussion on Thursday to discuss the findings of a new poll commission by her think tank, the Royal Foundation Centre for Early Childhood.

The poll revealed that under a fifth of parents understood the “unique” importance of development in children under six years old.

However, the research also revealed that nine in ten people agree that early years are important in shaping a children’s lives.

It also found that seven in ten people believe early years development should be more of a priority for society, while over half recognised that future mental health is the most likely aspect of later life to be affected by a child’s early life.

Kate, who founded the think tank last year, met with families minister Will Quince and officials from the Department for Education and the Department of Health and Social Care.

She told the meeting: “We know that only a minority of people understand the critical importance of the first five years of a child’s life, and this is what we really do need to change.

“If we can teach children to manage their emotions and feelings at a young age, it will help them avoid having to turn to addiction, self-harm or suicide even in later life.

“Together we have a huge opportunity here to help shape the future.”

Following the publication of the report, the Duchess said: “Our experiences in early childhood fundamentally impact our whole life and set the foundation for how we go on to thrive as individuals, with one another, as a community and as a society.

“The findings published today present us with a huge opportunity and demonstrate there is a real appetite from the public to bring this issue up on all of our agendas.

“There is more we can all do – every member of society can play a key role, whether that is directly with a child or by investing in the adults around them – the parents, the carers, the early years workforce and more.”

However, the royal has drawn some criticism for failing to call for higher standards in parenting and instead “throwing money” at the problems facing Britain’s children.

Writing in The Spectator, Frank Young, editorial director and lead researcher on children and families at Civitas think tank, said: “Kate Middleton has become the first royal to set up a think-tank, the Royal Foundation Centre for Early Childhood.

READ MORE: Kate ‘there to help’ Prince Charles and Camilla in new roles

“This week she summoned ministers, civil servants and academics to discuss the findings of a poll: it seems most Britons want a bigger focus on early childhood.

“More worryingly the same poll, commissioned by the duchess herself, found that one in eight new parents look to celebrities on social media for parenting advice.

“Her solution seems to be to throw money at the problem.”

Mr Young called argued that parents need to be allowed to spend more time with their children.

He wrote: “Our tax and benefits system is woefully out of sync with parents. Every year the Department for Education conducts a mega-poll of parents – and every year frazzled mums (and dads) say they would prefer to spend less time working and more time with their children.

“Our tax system is cruelly biased against parents and the benefits they can claim can only be used to subsidise someone else to look after the children.”

According to Ipsos polling, commissioned by the royal foundation, almost half of the public believe there is not enough support for parents to help their children develop.

It also found that parents are much more likely to seek out help on their child’s physical rather than mental wellbeing.

The study found that, in the past year, 35 percent have looked for advice on child nutrition, and 34 percent on vaccines, compared to just 21 percent and 23 percent on children’s social and emotional development.

Mr Young added: “The pandemic has been unkind to the nation’s children: gaps in learning have grown, with better off kids striding ahead.

“Poorer children starting school at four are already, on average, a year and a half behind their wealthier classmates.

“We can tinker all we like but, as the royals know, it’s family life that matters most.

“But that’s not something that you’ll hear much in Westminster or Kensington Palace, where talking about family really does remain the last educational taboo.”