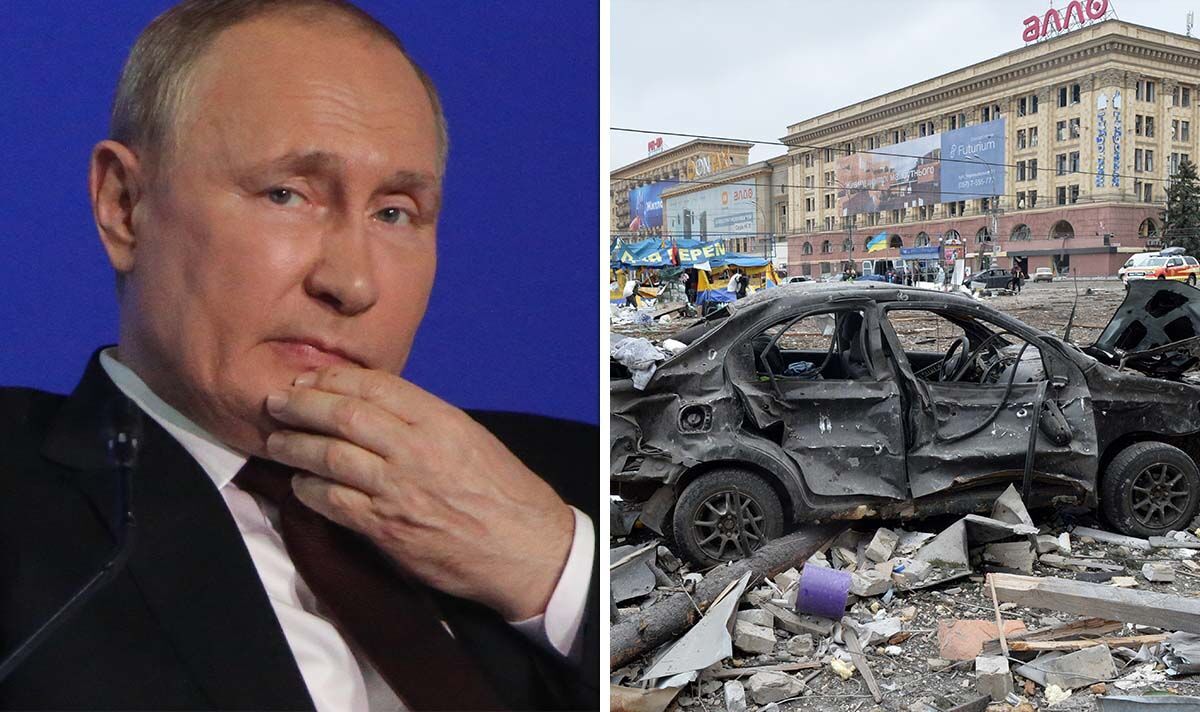 The battle for Kharkiv, Ukraine’s second city, is explored in Channel 4’s investigative series, ‘Dispatches’ tonight. Narrated by Cate Blanchett, the series uses footage of Russia’s attacks on Ukraine filmed by those who witnessed them first-hand. Civilians and emergency workers who experienced Putin’s onslaught on Ukraine help explain the horrors of war. A camera crew followed fireman Roman and paramedics Tatjana and Irina for ten weeks as they carried out their duties in the most desperate circumstances.

Much of the most intense fighting in Ukraine has now shifted to the former Soviet nation’s eastern Donbas region.

However, major populations continue to be attacked by Russia, with both the capital of Kyiv and Kharkiv hit by missiles on Sunday.

The battle for Kharkiv and the struggle of the people who live there were illustrated by a recent interview with local resident Pavlo, 52, a former officer in Ukraine’s army.

After leaving the military last year because of his diabetes, the ex-military man revealed how he had been given warning of Russia’s invasion soon after the first troops crossed the border into Ukraine.

He told The i newspaper his former army classmates from his training in the Soviet Union had been “brainwashed” by the Kremlin.

The former officer claimed he told his former colleagues to never speak to him again after they rang him up with news that they were approaching.

He claimed they “were so brainwashed by television they thought Ukrainians needed to be liberated”.

A “liberation” campaign is how Moscow has presented its war to ordinary Russians, with the Kremlin propaganda machine dubbing it a “special operation” rather than an invasion.

Pavlo spoke of how he and other Kharkiv residents interpreted Russia’s unprovoked military assault on their nation.

He said: “It felt like they were taking revenge on us for not greeting them with flowers so decided to punish our people.”

Putin views Kharkiv, which was key to reshaping Ukraine after World War 2, as up for the taking.

The city has played a crucial role throughout history, serving as the first capital of the Ukrainian Soviet Socialist Republic.

Michael Kofman, the director of Russia Studies at CNA, a nonprofit research and analysis organisation, underlined its importance as “the anchor” in the eastern front of Ukraine during the early stages of the war.

He told the Washington Post: “Ukrainian forces have put up a pretty strong fight… but the worst is yet to come.

“Russian forces haven’t [yet] tried to take Kharkiv, not seriously.”