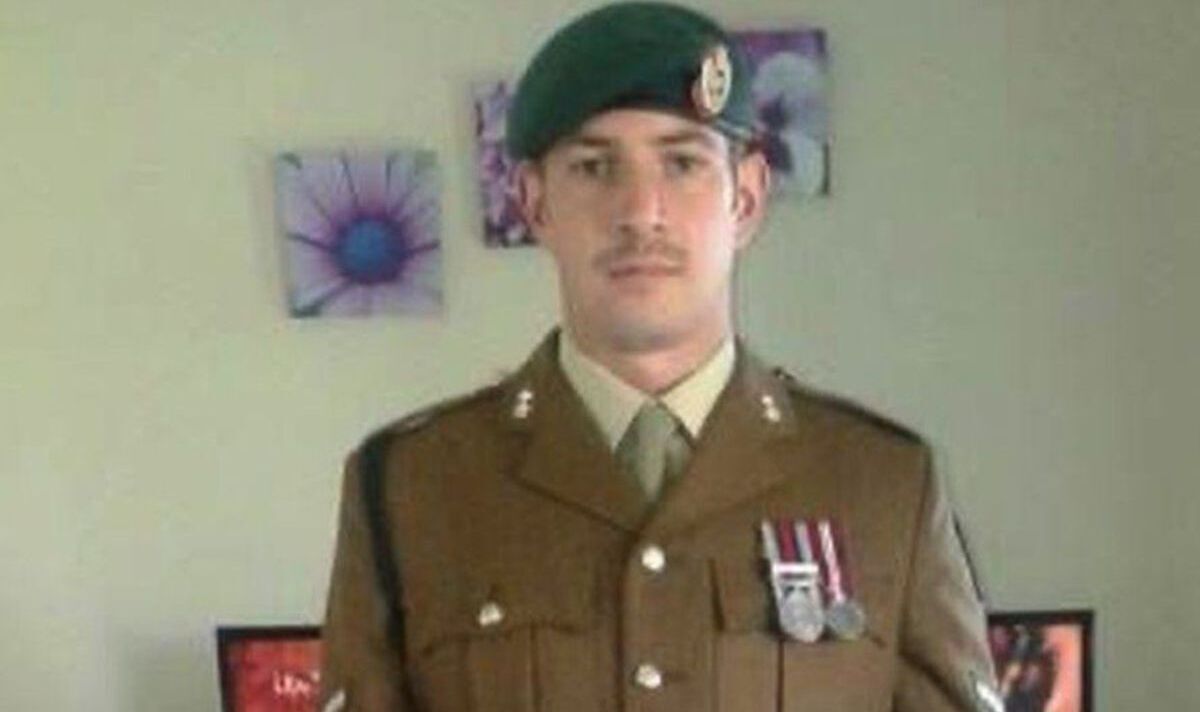 The killer later tried to claim it was not murder, and he was guilty only of manslaughter on diminished responsibility – but this was denied.

The murder took place on the evening of November 21 last year, following a long-running parking dispute.

The row had been over designated parking on the new-build housing development since the previous May.

A 35-year-old former Royal Engineer, Reeves used the ceremonial dagger given to him when he left the Army to kill the couple.

The killer himself called the police just a few minutes afterwards to confess – but later he denied it was murder, claiming that he was only guilty of manslaughter on diminished responsibility.

However, two forensic psychiatrists found he was not suffering from psychosis or acute post-traumatic stress disorder, and diagnosed him with only mild to moderate depression.

A jury at Bristol Crown Court learned Reeves had also been having trouble in his own marriage.

Less than an hour before he stabbed the Chapples his wife had asked for a trial separation.

The jury deliberated for five hours and 21 minutes before unanimously convicting Reeves of murder.

He was caught on a security camera climbing the fence separating his garden from that of the victim, before entering through the back door.

Mrs Chapple was not even able to stand up from the sofa to defend herself. Mr Chapple, 36, was found close to the rear door.

The court heard the Chapples and Reeves previously had a good relationship but it had deteriorated when Mrs Chapple learned to drive and bought a second car.

This led to a row over parking spaces, which escalated to the point that both Reeves’ wife Kayley and Mrs Chapple had told their friends they were anxious about bumping into each other on the school run.

Ten days prior to the murder, a door bell camera caught Reeves approaching Mrs Chapple outside her house after an earlier exchange between her and Mrs Reeves.

He accuses Mrs Chapple of “f***ing gobbing off you cheeky little bitch”.

After the killings, Reeves was recorded in the background of the 999 call telling someone, believed to be his mother Lynn, “I couldn’t let her (or them) torment Kayley any more”.

The murderer said he had little memory of the incident itself, but did recall sitting on the stairs in tears following the conversation with his wife.

The dagger Reeves would use to kill his neighbours was displayed in a picture frame. The killer said he did not remember taking it out.

The defendant, who had previously recounted his fear of CCTV cameras and being under surveillance, said the next thing he recalled was a bright light coming on, and trying to get down on his front.

He said: “I felt as though I had been seen or compromised, white light was a trigger when I was a soldier, when a light goes on or somebody sets off a flare, when that white light goes up something is going to happen.”

Asked what else he remembered, the defendant said: “I had a feeling like it was me or them.”

Adam Feest QC, prosecuting, asked: “When your wife said you needed to have a separation, did you at least, in part, blame Jennifer because she had tormented (your wife)?”

Mr Feest added: “I can’t let her or them ‘torment Kayley’ – I want to suggest that this is an accurate expression of why you went around to your neighbours that night. I’m going to suggest that’s the truth.”