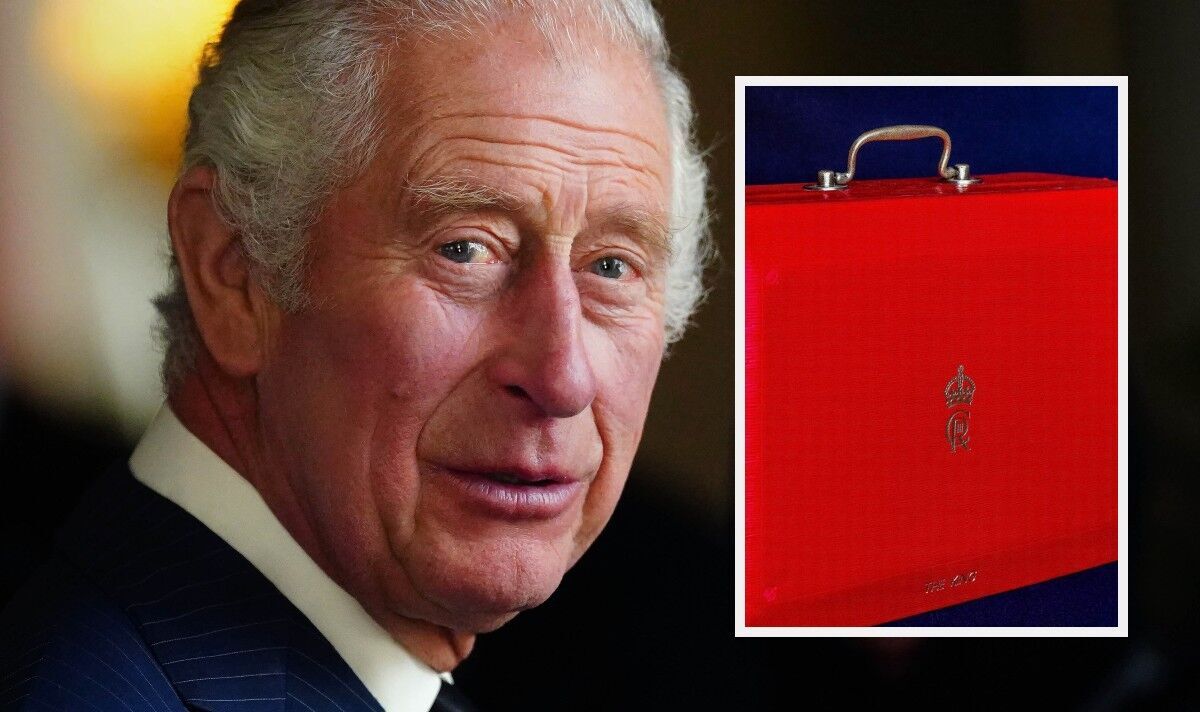 King Charles III will use the same red box as both his late mother, Queen Elizabeth II, and his grandfather, after the original box was refurbished for His Majesty’s use. It is believed the monarch wanted to reuse the very despatch box used by the late Queen, her father, King George VI, and his predecessor, King George V.

The red box will be secured with a lock that bears the “King George V” stamp.

King Charles’ cypher, unveiled in late September, features on the box in gold leaf, as well as a Coronation crown.

The monarch’s chosen cypher will appear across Government despatch boxes, as well as other items produced by the British luxury leather company.

Barrow Hepburn & Gale design their despatch boxes so they can “follow their holder around the world, ensuring they can execute the responsibilities of their office”.

They advertise their boxes as “close by” to their owner “wherever in the world the sovereign or minister is”.

The company adds: “Our despatch boxes are not only an elegant design, but are functional and secure.”

They hail the iconic red boxes as a “visible symbol of our democratic system of government”, used by the monarch, the prime minister and other appointed ministers.

But another explanation may be linked to Queen Elizabeth I’s era, when her official representative used a red briefcase to hand a gift of black puddings to the Spanish Ambassador, Bernadino de Mendoza.

The colour was associated with official communication from the sovereign.

Back in 2015, the Royal Family said Queen Elizabeth II received a red despatch box each day.

This included weekends, with the only exception being Christmas Day.