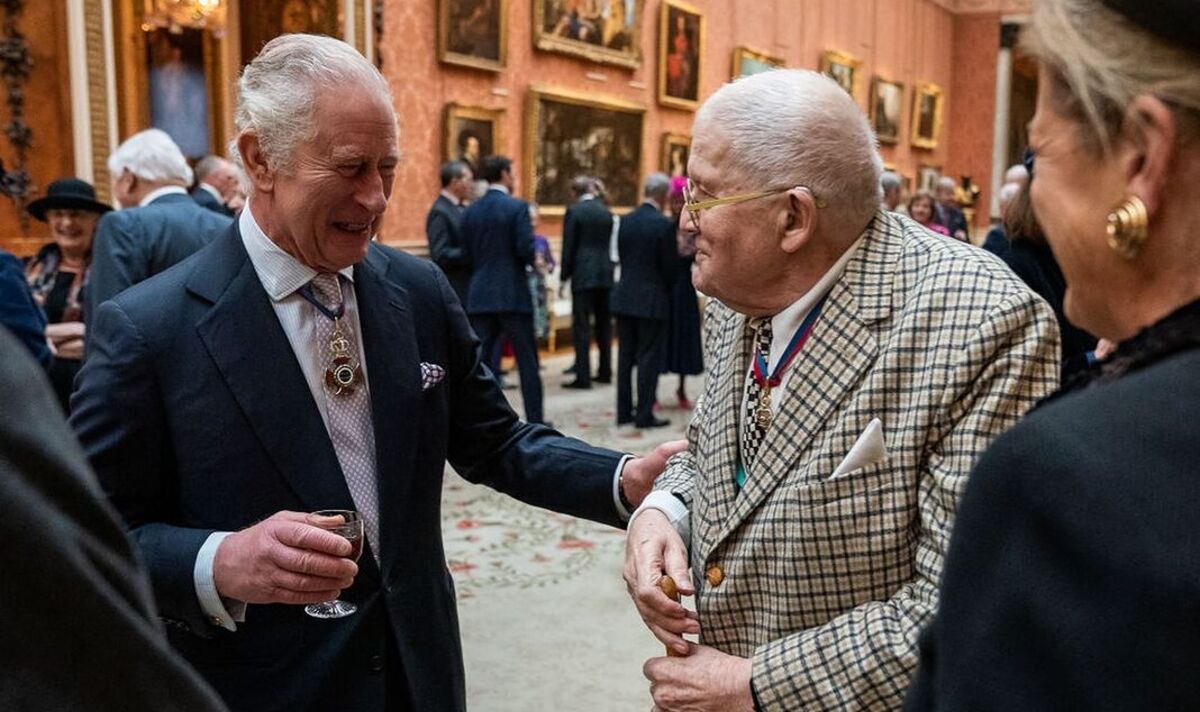 King Charles adjusted royal protocol for artist David Hockney during a lunch event hosted for the members of the Order of the Merit on Thursday. The dress code for such events is mostly formal but the King changed it for the artist, who uses a wheelchair to attend the event.

Mr Hockney was allowed to attend the event in the footwear of his choice.

The artist opted for a pair of bright yellow crocs while others wore formal shoes.

When His Majesty met the acclaimed artist, who insisted on standing for the King, he complimented him on the bold choice of footwear.

He said: “Those yellow galoshes…beautifully chosen.”

Mr Hockney kept it formal for the rest of his look, going for a grey plaid suit.

King Charles also revealed that he was looking forward to the artist’s next project, which will be an immersive experience as guests interact with his art.

The guests enjoyed a lavish lunch at the event, being served a croustade of soft poached egg Alexandra, pithivier of partridge and celeriac, and a lemon and mint tart.

Founded by King Edward VII on June 23 1902, the Order of Merit is a very special distinction, “given to such persons, subject of Our Crown, as may have rendered exceptionally meritorius service in Our Crown Services or towards the advancement of the Arts, Learning, Literature, and Science or such other exceptional service as we are fit to recognise.”

Baroness Benjamin said: “I just feel absolutely thrilled to know that one of Her late Majesty’s final wishes was to have such a diverse list, and to be the first black woman from the Caribbean to be included in the Order.”