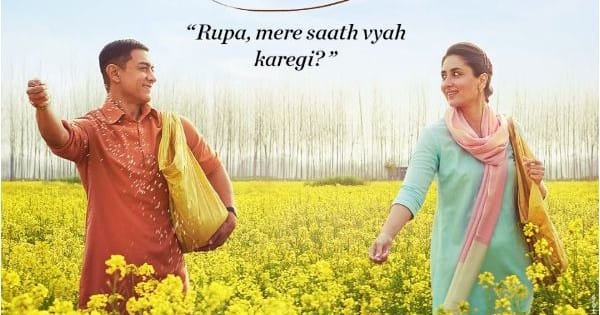 Umair Sandhu, who is a member of the Overseas Censor Board, saw the movie recently. He posted his review on Instagram and called Laal Singh Chaddha a ‘masterpiece’, and gave it four stars. Also Read – Laal Singh Chaddha: Kareena Kapoor Khan was not the first choice for Aamir Khan starrer; here’s the list of films where she was the original choice but rejected them

He wrote, “On the whole, #laalsinghchaddha is a masterpiece. A terrific film that stays in your heart and remains etched in your memory much after the screening has concluded. A brilliant film that restores your faith in Hindi cinema. Actually, it won’t be erroneous to state that #LSC is the finest film to come out of the Hindi film industry in a long, long time and mark my words, it will be remembered as a classic in times to come.” Also Read – Laal Singh Chaddha: Was this Akshay Kumar co-star the first choice for Kareena Kapoor Khan’s role in Aamir Khan starrer?

“#AamirKhan excels in the title role. This is probably one of the most challenging characters that he has played so far and with his stellar performance, Aamir Khan carries the film all the way. #KareenaKapoor Stole the Show as always ! #nagachaitanya & #monasingh acts very well ! It blends drama, emotions, extraordinarily… the icing on the cake being Aamir Khan’s towering act. Sure Shot Blockbuster,” Umair further wrote.

Moviegoers have high expectations from Laal Singh Chaddha as in the past few years Aamir Khan’s films have been amazing (except Thugs Of Hindostan). Also, Aamir and Kareena Kapoor Khan are coming back on the big screens together after a gap of 10 years, so the audience is also excited to watch their hit jodi again.

Directed by Advait Chandan, Laal Singh Chaddha is slated to release on 11th August 2022. The film will be clashing with Akshay Kumar starrer Raksha Bandhan. Both the films have created a good pre-release buzz, but it will be interesting to see which movie will take a lead at the box office.