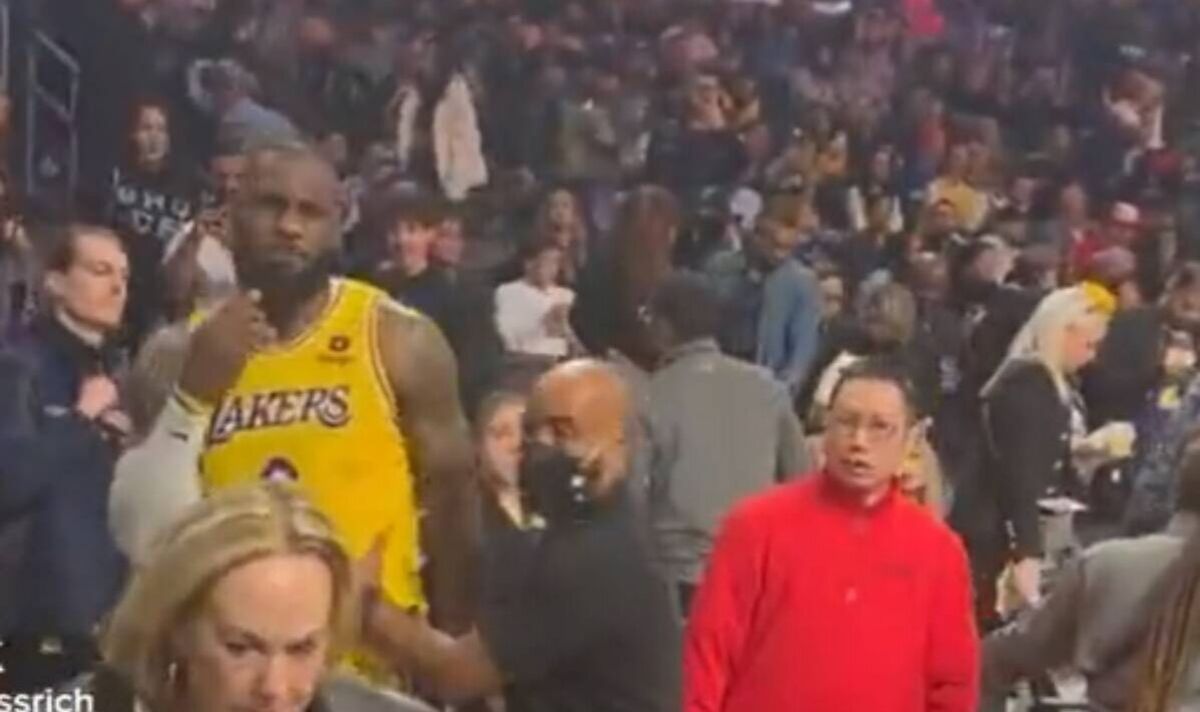 Los Angeles Lakers star LeBron James isn’t used to getting too much hate, but had to be restrained following a verbal attack from the stands. James was heading off the court when a ‘fan’ started verbally abusing him, and the NBA star was unsurprisingly upset.

The so-called ‘fan’ turned on James as the Lakers star walked off the court, and he even filmed himself shouting abuse at the four-time MVP.

There was little to criticise James on following his 46-point haul against Los Angeles Clippers, as he stood out once again despite a poor Lakers performance. They lost 133-115 to the Clippers, and one fan started shouting abuse at James.

Not only did the fan film the entire altercation, he decided to upload it to social media. James was held back by security as he was unnecessarily slammed, but thankfully fans online have given the mouthy supporter a reality check.

It was another poor performance from the Lakers, and James was extremely agitated in his post-match interview. Many assumed it was purely down to the defeat, but after this video surfaced, perhaps there was more on his mind.

“He Bron, you better get this s*** together *** with that receding hairline,” the fan shouted on video. James was obviously shocked by the outburst, but was held back by security before the situation escalated.

“Ha look at him, he’s mad look at him. You sick,” the fan continued, as he taunted a frustrated James. The reason for the verbal attack is unknown, not that it would be excusable anyway.

But fans have questioned him online, with one saying: “I despise those type of people. They know LeBron cant do anything in those circumstances so they see it as a opportunity to do this.”

Another added: “Doing this is embarrassing already but posting it is some else.” One user said: “Clout chasing has ruined society. So you get to go home and brag that you did what? What’s the reward or benefit?”

It was a great individual game by James but unfortunately it was once again not the result that the Lakers wanted. They’ve just traded Rui Hachimura from the Washington Wizards, so they’ll be hoping to see a boost in performances as soon as possible with him now on board.