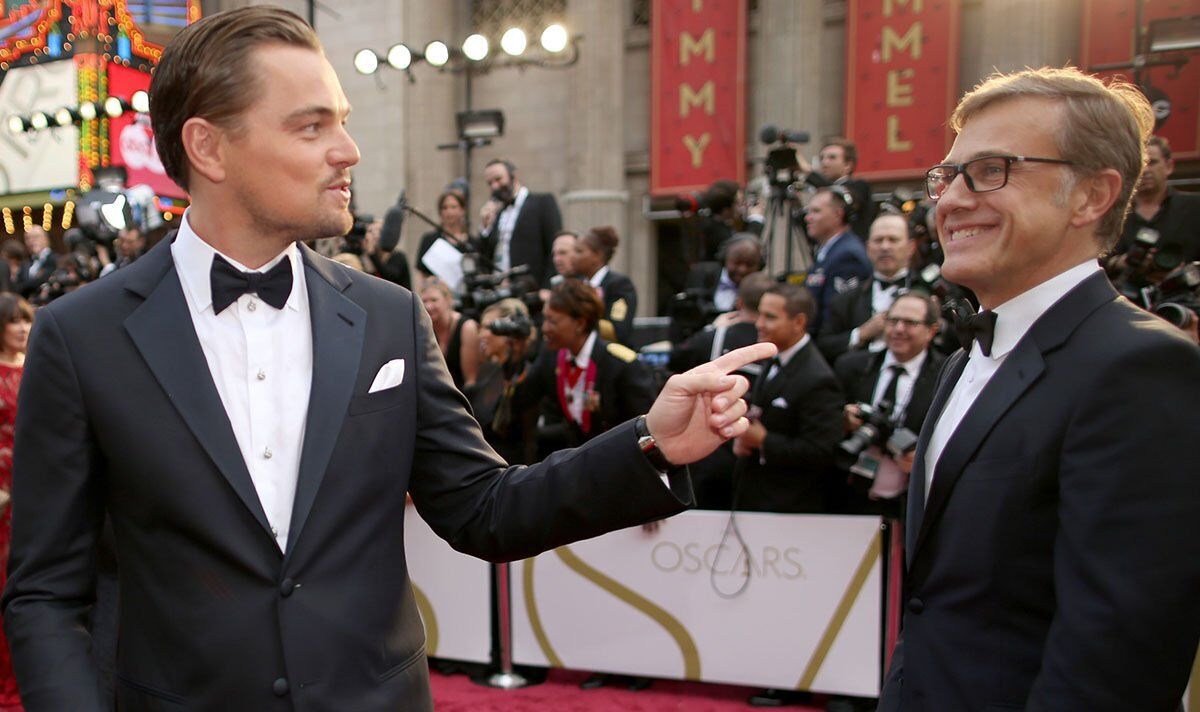 For a moment there, we were imaging the tantalising prospect of the Titanic star slipping into the sockless loafers and desert playboy poser pad of the ultimate James Bond villain, Ernst Blofeld. Sadly, that was never on the cards, although there’s still time for DiCaprio to enter the 007 universe. He also has some catching up to do, with Waltz already holding two Oscars to his (long overdue) one. The German star has bagged an impressive array of major Hollywood roles, from Quentin Tarantino’s Django Unchained to Guillermo del Tor’s upcoming Pinocchio remake. But there was one role that DiCaprio desperately wanted, but still lost even though he is close friends with its director.

Luckily the two actors are also pals, and DiCaprio will have seen that the role turned Waltz’s entire career around – and bagged him that first Best Supporting Actor Oscar.

DiCaprio has also received multiple Oscar nominations from Tarantino films, during the pair’s long and fruitful friendship. The director has revealed that he always sent the actor his latest scripts, to see what he thinks and if anything appeals.

When he sent over Inglorious Basterds, DiCaprio was immediately taken with one particularly juicy role, but he never stood a chance.

At the time he told his producers: “Look, guys, we’re not finding him and I’m not so confident we’re going to find him. I don’t want to make the movie if we can’t make the perfect Hans Landa.”

Although DiCaprio actually has a surprising talent, playing a multilingual European was never going to happen.

Tanrantino said: “Leo and I never actually got together and talked about Inglourious Basterds. He was curious about playing the role, but I knew I needed somebody with all those linguistic skills. Leo can actually speak good German, but Landa spoke French in the movie more than German. So it was never in the cards.”

Tarantino did however cast DiCaprio in Django Unchained, earning the actor an Oscar nomination. However, the director was originally eying someone different for the role of villain Calvin Candie.

Asked to confirm the report, Tarantino said: “I did, but I don’t want to say who, simply because when I finished the script I realized they were a little older than I wanted the character to be. Leo was younger than I had initially written, but I read it again and could see no reason why the character couldn’t be younger.”

DiCaprio, understandably relished the role when it came his way: “He was one of the most deplorable, indulgent, horrendous characters I’ve ever read in my life. This man’s code of ethics was so beyond, or below, anything that I could ever imagine, but it was a delicious character nonetheless.”