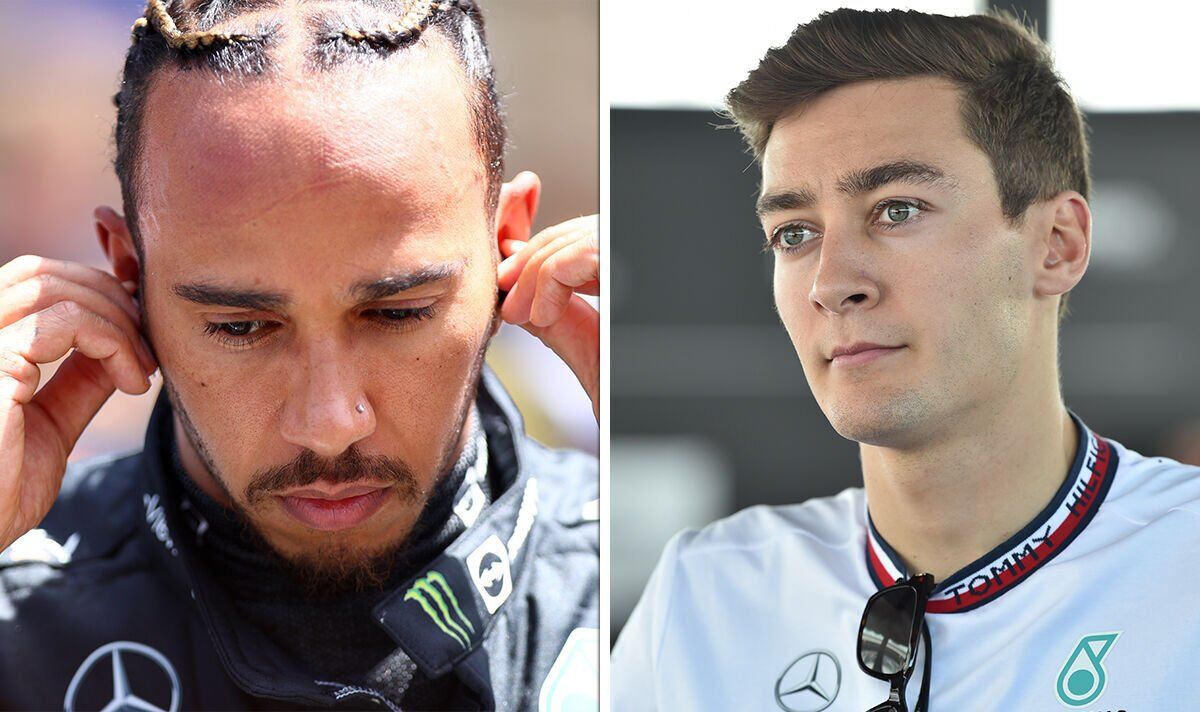 Lewis Hamilton and George Russell have been sent an honest warning by a Mercedes engineer ahead of the British Grand Prix. Hamilton and Russell have struggled to compete for wins this season and have fallen well behind both Red Bulls and Ferrari’s Charles Leclerc in the race for the Drivers’ Championship.

And now, according to Auto, Motor Und Sport, a Mercedes engineer has claimed “no-set up in the world” will make the car as quick as Red Bull or Ferrari in a blow to either driver’s chances of winning their home race. They quoted an unnamed engineer as saying behind the scenes: “Our performance at the moment depends only on the set-up.

“But no set-up in the world will make this car a Red Bull or a Ferrari.” After Canada, Mercedes confirmed Hamilton and Russell will enjoy new upgrades at Silverstone next week in a bid to close the gap to the leaders.

The team’s technical director Mile Elliott said the team will “push as hard as they can” to ensure they can make progress at the British Grand Prix. However, he admitted it was likely the team would be a little bit behind” the frontrunners and it would be “tough” to secure a result under normal circumstances.

Mercedes trackside engineering director Andrew Shovlin revealed there was a lot of work going on at the factory to find a solution to the issues. He said the team were confident there was “lots to improve” which would soon be turned into car fixes.

He explained: “The team in Brackley and Brixworth will continue to push hard, there’s lots to improve on the car but that can be translated into potential and the race today has given us more encouragement to keep pushing to close that gap.”