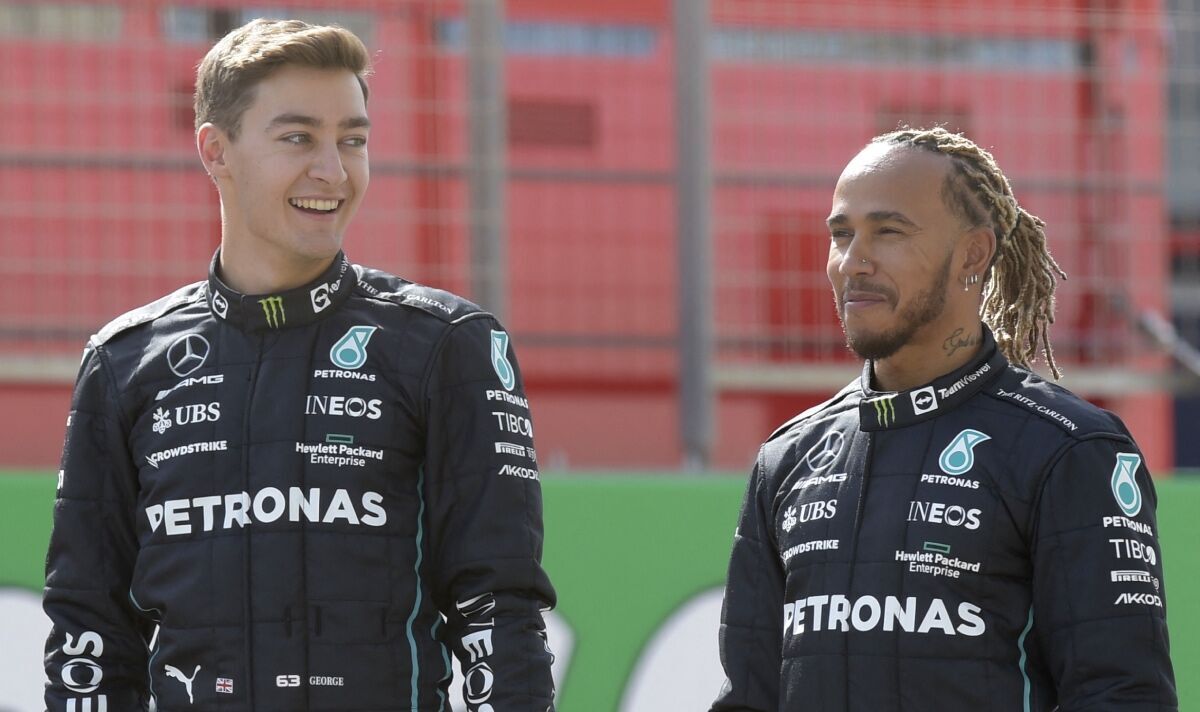 Lewis Hamilton has claimed that he has been the ‘best team-mate he has ever been’ for George Russell following the 24-year-old’s move to the Silver Arrows at the beginning of the calendar. And his comments have shed light on why Valterri Bottas recently admitted he lost his love for F1 whilst at Mercedes.

Bottas joined the Silver Arrows in 2017 and stayed there for five seasons before departing for Alfa Romeo in the winter. There had been rumours that Bottas left as he was unhappy with the Mercedes setup favouring Hamilton, leaving the former star unable to challenge for titles whilst in the Brit’s shadow.

The Finn has admitted on numerous occasions that he struggled as Hamilton’s partner and admitted he nearly even quit F1. Hamilton has shed light on Bottas’ comments by admitting that he has been a much better team-mate to Russell.

“I don’t look at my season too often and assess, in a sense of judgement. I mean, I’m working as hard as I can, staying positive,” Hamilton said. “We’ve come off the back of a difficult year and I’d like to think I’m the best team-mate I’ve ever been, to George, but also to all the engineers, all the mechanics and everyone working at the factory, and trying to keep everyone’s energy high.

“I am trying a lot of different experimental things on the car to help us get the data and move forwards. Whilst, yes, it’s not been ideal on some weekends, it’s often set us back because we lost a session or two but that’s okay because eventually we’ll get there and I’m proud to have been a part of that process.”

The Brit has largely had to play second fiddle to Russell this season, having finished behind his team-mate several times. And it is a huge change from when he was partnering Bottas, having won the title in every season aside from one he worked with him.

Bottas admitted he was in the dark whilst at Mercedes and almost dropped out of racing altogether in an interview earlier this week. “At the end of 2018, I almost stopped, it was so close,” he said.

“The human mind is strange in a way that sometimes you go into dark places. You lose the joy in things and I just completely lost the joy of F1 and racing in F1. I was almost angry at F1. It’s weird, but I just needed some time off, and think of the big picture and then I realised that ‘OK, it’s actually a pretty cool sport and I still have great opportunities ahead of me’. So I would be silly not to take them.”