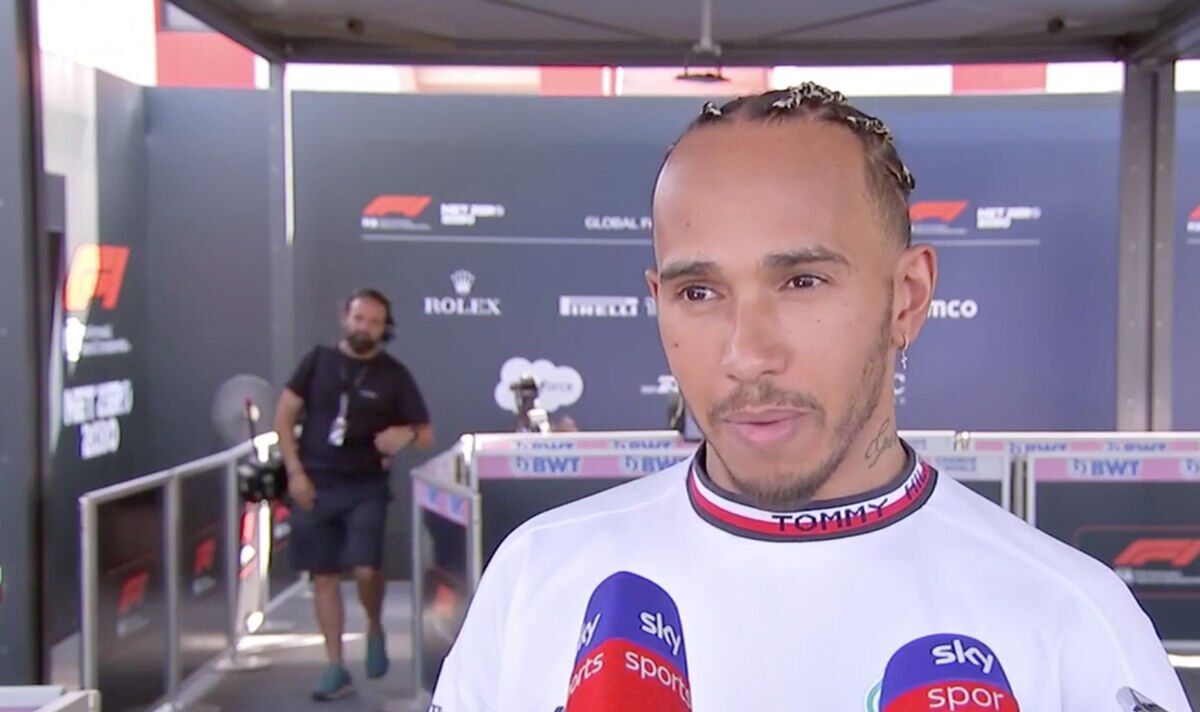 Lewis Hamilton has been left baffled by Mercedes lack of pace at the French Grand Prix as he warned Red Bull and Ferrari were in their own league. Hamilton’s fastest lap was nine-tenths of a second slower than Charles Leclerc’s pole lap while the Silver Arrows were half a second off Max Verstappen and Sergio Perez.

When asked if he was happy with his qualifying after securing the second row of the grid for tomorrow’s race, Hamilton said: “Position wise yeah definitely.” The Mercedes driver added: “I’m really happy with my qualifying session if I’m being honest.

“My last lap was great, I finished it and I was like ‘ah this is not so bad’. But it’s still nine-tenths off the guys ahead. I’m not sure why the gaps got bigger over these two races but they are kind of in their own league I would say in that respect performance-wise.

“Considering I missed FP1, on the back foot going into FP2. It’s some really good work from everyone coming together.”

Hamilton’s Mercedes team-mate George Russell was also disappointed after the session, warning the gap to the leaders was “concerning”

He added: “I think as a team we were probably a bit further away than we would have hoped and would have expected… At the end of the day the gap is more concerning than the finishing order.”

Mercedes team principal Toto Wolff stressed the result was “not good enough” despite a difficult weekend. He accepted the team had been “freestyling” across the weekend as they tried new set-ups in a bid to find a solution.

Speaking to Sky Sports F1, Wolff explained: “I think that we knew that once we got the new tyres on and that we are driving the car in anger a little bit that we’re going to be there as a third force, like we’ve been all season, but it’s just not good enough.

“You can see that when you’re a little bit on the back foot and your expectations are on a certain level for the race weekend, and it doesn’t come together, a kind of freestyling starts. With us it was mainly experimenting with rear wing levels and also tyre temperatures, but at the end the overall package is just not quick enough and we can see that.”