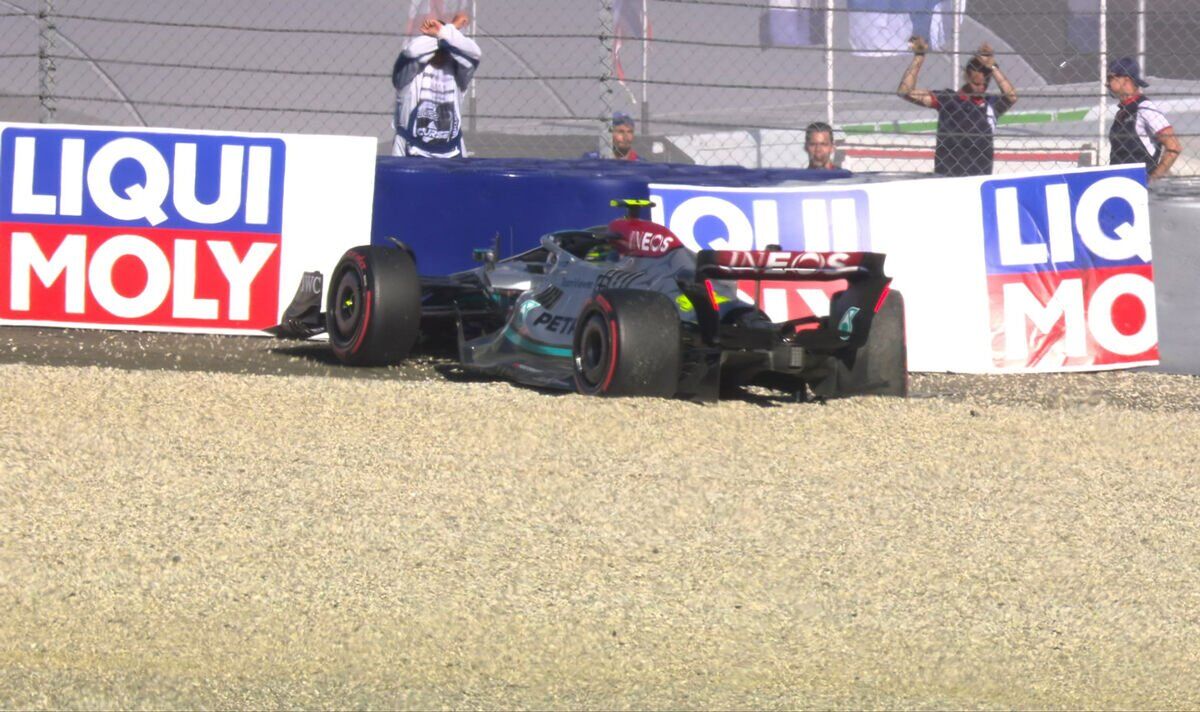 Lewis Hamilton crashed out of qualifying for the Austrian Grand Prix after a heavy shunt at turn seven. The Mercedes star suffered a loss of traction midway through the corner which chhucked him off the track. Hamilton then stuck a wheel on the gravel which sucked him into the barrier.

His car was destroyed in the incident with heavy damage on the front right hand side. The session was immediately red flagged while the accident was cleared from the side of the circuit.

FIA doctor Ian Roberts ran towards Hamilton to check on him after the accident. However, the Briton was okay after the crash and managed to get out of the car off his own accord.

He was seen getting out of the medical car back in the paddock minutes later suggesting he may need to go for some precautionary checks. Speaking on team radio, Hamilton said: “Damn, I am so sorry guys. I’m so sorry to damage the car.”

Hamilton sounded like he was struggling for breath as he asked his engineers what position he was in. Hamilton said: “Where did we end up? What position am I?

His race engineer responded: “We are still waiting for the rest of the session. We are currently P8 and we are going to end up in P10.”