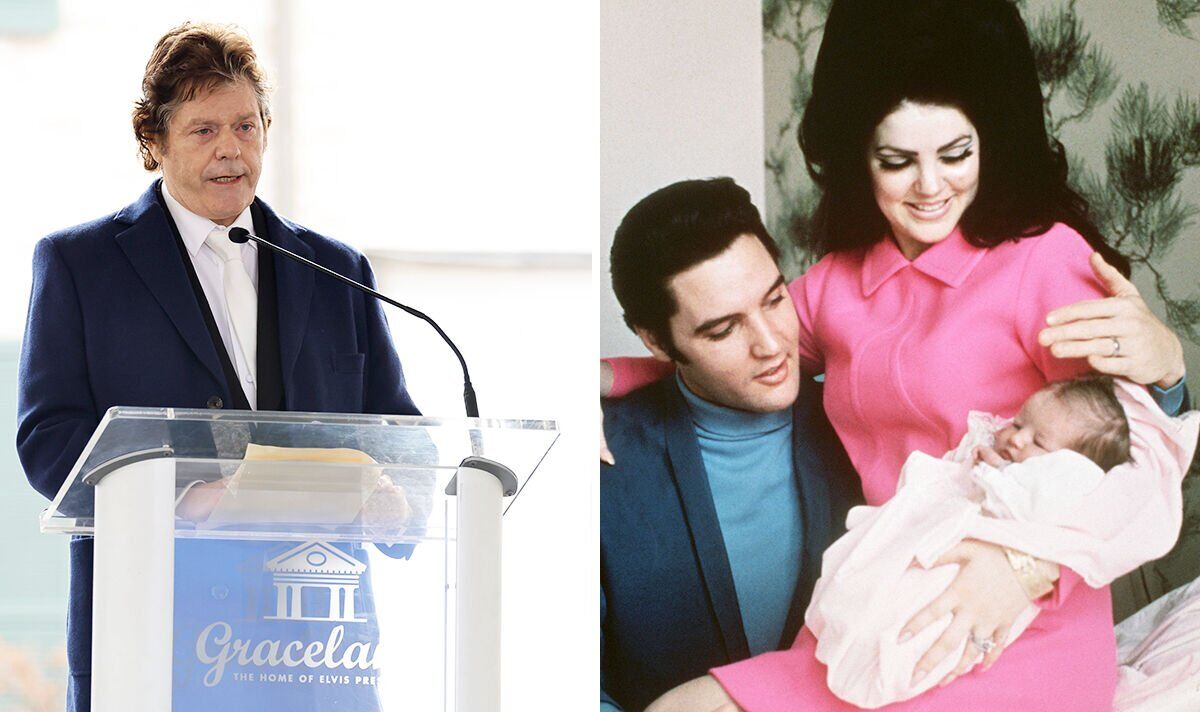 Yesterday, Lisa Marie Presley’s funeral took place at Graceland, where Memphis Mafia member Jerry Schilling made a short speech. Elvis Presley’s close friend, who accompanied The King to meet President Richard Nixon at the White House, held back tears as he shared some of his last moments with the 54-year-old who died on January 12. Just two weeks prior, Lisa Marie had made a speech on the same spot on the front lawn of the mansion, to honour what would have been her father’s 88th birthday. Afterwards, she asked Schilling if he would accompany her to the Golden Globes to watch Elvis movie star Austin Butler win his Best Drama Actor award.

Looking back to Lisa Marie’s birth, which took place nine months to the day after Elvis and Priscilla’s wedding, Schilling said: “In 1967, Elvis invited me back here to Graceland for Christmas and New Years. As I was leaving to go back to LA and back to work, he looked at me and he said, ‘You’re not going to stay for the birth of our daughter?’ I said, “I guess I will’. So I was here until February 1. Still got my job! We got back to the house here and I had never held a baby before. And we were in the kitchen and Elvis just hands me Lisa and I sure as hell wasn’t going to drop her. That was the beginning of my journey with Memphis.”

Jerry continued: “We spent a lot of time together in her childhood days and as she grew up, we were at Thanksgiving Day at her Mom’s, she said, ‘I need to have a meeting with you.’ She was 18 or 19. So I said, ‘Okay’, so we went to an exclusive place, the Hamburger Hamlet and she said, ‘I need a job. I know people don’t think I’m responsible but I really am.’ And God bless her, she really was. She became my secretary and anytime I said that she would always correct me, ‘I’m your assistant!’

“We started working out of my home… then we eventually moved to offices on Sunset Strip where she had many responsibilities. One of which was to answer all the phone calls that would come into me. Every couple of weeks she would come in with a very disgruntled look on her face, ‘Somebody else wants to talk to you about Lisa Marie…’ They had no idea they were talking to her on the phone! So we had fun with that.” He then shared the rock star Elvis’ daughter was unique in being able to intimidate.

Schilling said: “At the time, I was managing another Memphian if you will, Jerry Lee Lewis. And Memphis was the only person I knew who could intimidate Jerry Lee Lewis.” The contemporary of Elvis, Chuck Berry and Johnny Cash, who died last year at 87, lived a scandalous and controversial life filled with sex, violence and drug addiction.

The Memphis Mafia member added: “After a Jerry Lee Lewis concert one night we went to dinner at Le Dome and she said, ‘Jerry Lee, what’s this I heard about you ran into the gates of Graceland?’ It was the first time I ever saw Jerry Lee Lewis speechless and nervous. But she could do it. She just had that way.”

She was referring to the infamous incident in 1976 when Lewis remembered The King had wanted to see him, so drove his Lincoln Continental into the Memphis mansion’s gates while intoxicated and brandishing a loaded pistol at 3am, before being arrested.