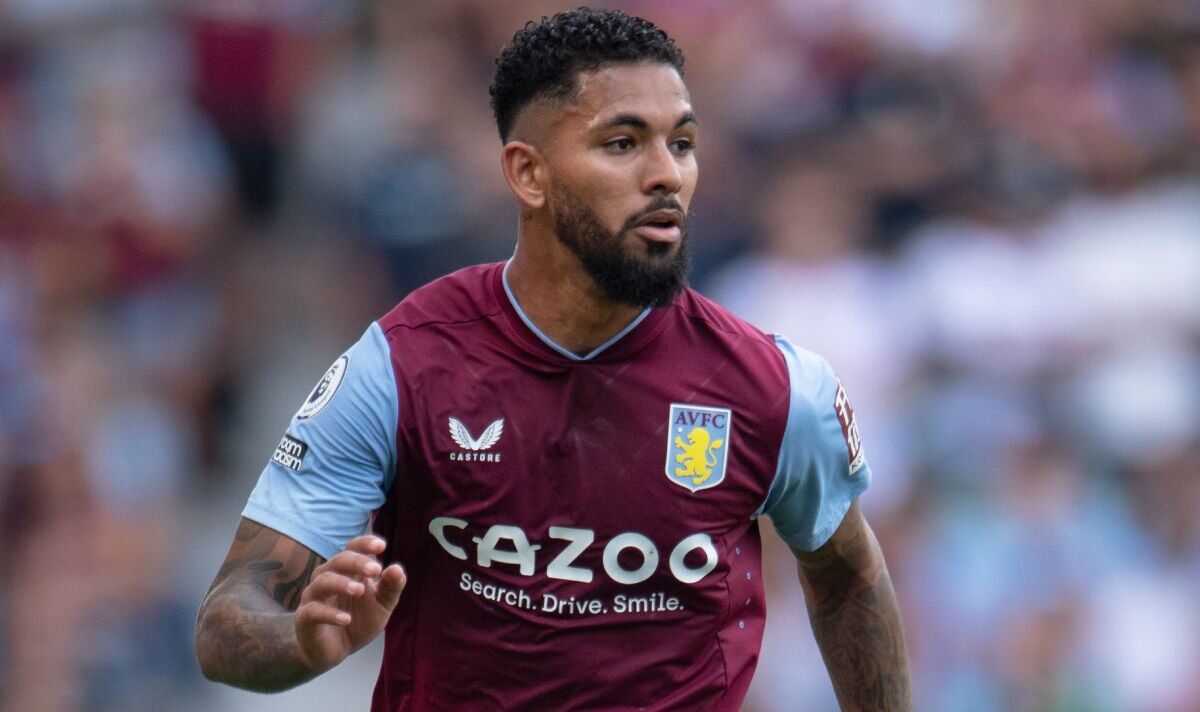 Liverpool have reportedly made a £20million bid for Aston Villa midfielder Douglas Luiz as they seek for a last-minute midfield fix. Jurgen Klopp admitted on Tuesday that the Reds are searching for a midfielder but only if they are “the right one” is available having missed out on Aurelien Tchouameni to Real Madrid earlier this summer.

Jude Bellingham is a major target but Borussia Dortmund have refused to sell the England midfielder until at least next summer. Liverpool instead have had to look elsewhere for options but have struggled to find any good fits and now only have until 11pm on Thursday to get any late deal done.

Yet Matheus Leal, a journalist for Brazilian outlet Torcedores.com, reports on Twitter that the Reds have now made an opening offer of £20m for Villa’s Luiz. It is claimed the player would welcome a move to Anfield but that Villa want more money to let the nine-cap Brazil international leave.

Luiz is out of contract next summer and Villa risk losing him for free if they cannot agree a new deal before January. The Villans had hoped to pen him to a new three-year deal despite interest from elsewhere but he may now depart.

Villa want more than £20m to let an important figure whom Steven Gerrard rates highly and has called a “top talent” leave just hours before the window closes. Despite that, he has started just one of four Premier League matches so far this season after the signing of Boubacar Kamara.

La Liga giants Atletico Madrid are also interested in a £20m swoop for player. Newcastle were thought to have had a £30m offer rebuffed back in January while Manchester United and Arsenal have also previously been linked with the South American.

Liverpool would need a favour from club legend Gerrard to get a deal done, given that Klopp has made it clear he does not have many funds available and that they will not pay over the odds for players. The German said on Tuesday: “Let me say it like this, from time to time, I would like to risk a bit more – but I don’t decide that. I am not careful, we get told what is possible and what isn’t. That’s it. In this range we try to work it.”

Luiz has been at Villa for three years, making 115 appearances and scoring six while assisting eight goals since a £15m switch from Manchester City. And for Liverpool to sign him and add an extra body in midfield, they may need Gerrard to allow him to leave for less than Villa’s desired asking price.

How likely that is, however, is another matter entirely regardless of Gerrard’s ties to the Anfield outfit. The Liverpudlian has made it clear he is a fan of Luiz’s abilities and he will know replacing him would be very difficult at this stage of the window so would much prefer to keep him even at the risk of him going on a Bosman next summer.

Gerrard said in early August of Luiz: “I think he’s happy at Aston Villa. He’s got a year left. I think there’s tentative talks at the moment that are ongoing. We like the player a lot. We think he’s a big talent.

“He’s at a fantastic age. But we’re also respectful of the player as well, we don’t want to put too much pressure there. But I’m sure there’s tentative talks in the background, so it’s very much different because Douglas has always been all-in and committed and is happy and settled.

“So, he’s someone we’ll see what happens in the coming weeks but talks are probably ongoing and we know his representation extremely well so we’ll see how that progresses.”