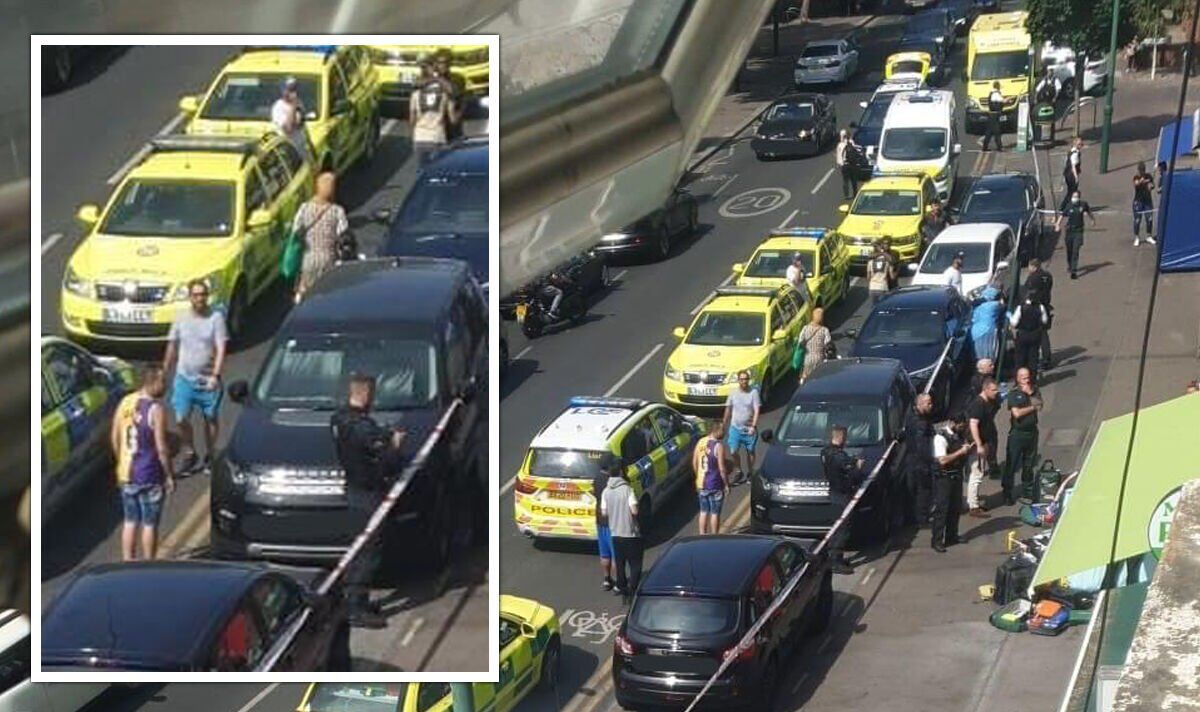 Officers from the Met Police were called at around 2.15pm today to reports of an assault, along with paramedics from the London Ambulance Service. The man, who police are saying was in his late teens, was suffering from stab injuries. A spokesman told Express.co.uk: “Despite their efforts, he was pronounced dead at the scene. His family have been informed.” Formal identification is yet to take place and a post-mortem will be held in due course.

Detectives from the Specialist Crime Command have been notified, the Met Police has said.

The statement added: “At this early stage, there have been no arrests. A crime scene is in place.”

The cordon surrounds a large section of High Road, with Waltham Forest Council issuing its own statement in regards to the tragic, ongoing incident.

It said: “We have been informed that a section of Leytonstone High Road has been closed due to an incident. The road between Joseph Ray Road and Davies Lane is closed in both directions, so please avoid this area when travelling. Thanks for your patience during this time.”

Pictures from the scene show at least seven vehicles, including ambulances and police cars, outside a row of shops on the stretch.

People have gathered as officials begin their investigations, while a cordon surrounds the immediate area.

Officers have remained at the scene for at least two hours, with no current update on when they will leave.

Residents living nearby took to social media to detail how they heard sirens and saw a mass of emergency vehicles swarm the area.

A worker at Massimo’s Pizza in High Road, which is one of a number of businesses which has had to close after the incident, spoke about the community effort to help the victim as paramedics and officers arrived.

Addullah Addullah told Express.co.uk: “People gathered in the street, he (the victim) came to the door and said ‘uncle, help me’.

“He was very badly stabbed, nobody was able to find the stab injury.

“It was really frightening when we saw the bleeding, he was badly bleeding.

The police came and they were trying hard for 10 minutes but then they realised he was no more.

“All I was able to do was give him some clothes, a woman was trying to find the injury – I just ran to the shop and found clean clothes but unfortunately he had gone.

“I really wanted to help him because he was in a very bad situation.”

Anyone with information linked to this incident is asked to call police via 101 quoting reference CAD 3896/06Aug.