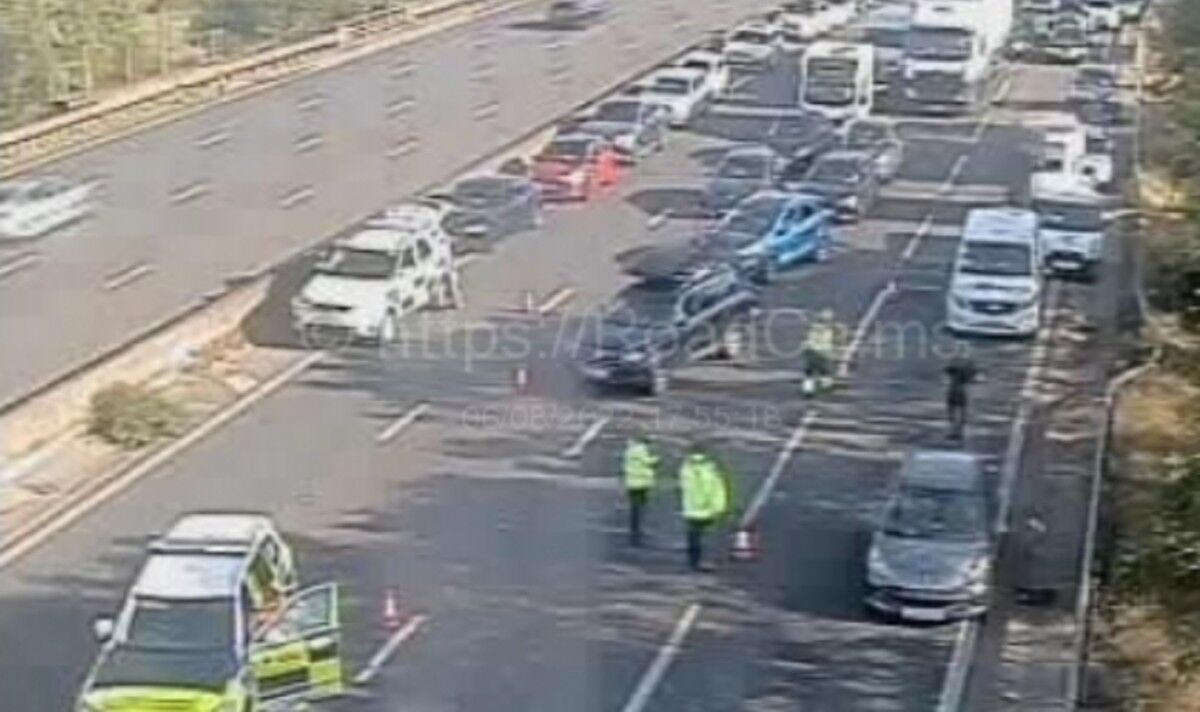 Police have stopped all traffic on the northbound route between junction five for Droitwich, Worcestershire and junction 4A, leading to the M42. Motorway cameras show officers at the scene.

Traffic appears to be moving in single file, as shown in images near junction 4A.

Delays of 60 minutes above normal journey times are reported.

Queues are around four miles long.

On its website, National Highways says: “The M5 in Worcestershire is closed northbound between J5 (Droitwich) and J4A (M42) due to a collision.

“Emergency Services are currently in attendance, along with National Highways Traffic Officers.

There is currently approximately four miles of congestion on approach, with delays in excess of 60 minutes above usual journey times.”

It adds: “Northbound traffic is being diverted via the solid diamond diversion symbol.

“Take the third exit to rejoin the M5 northbound.”