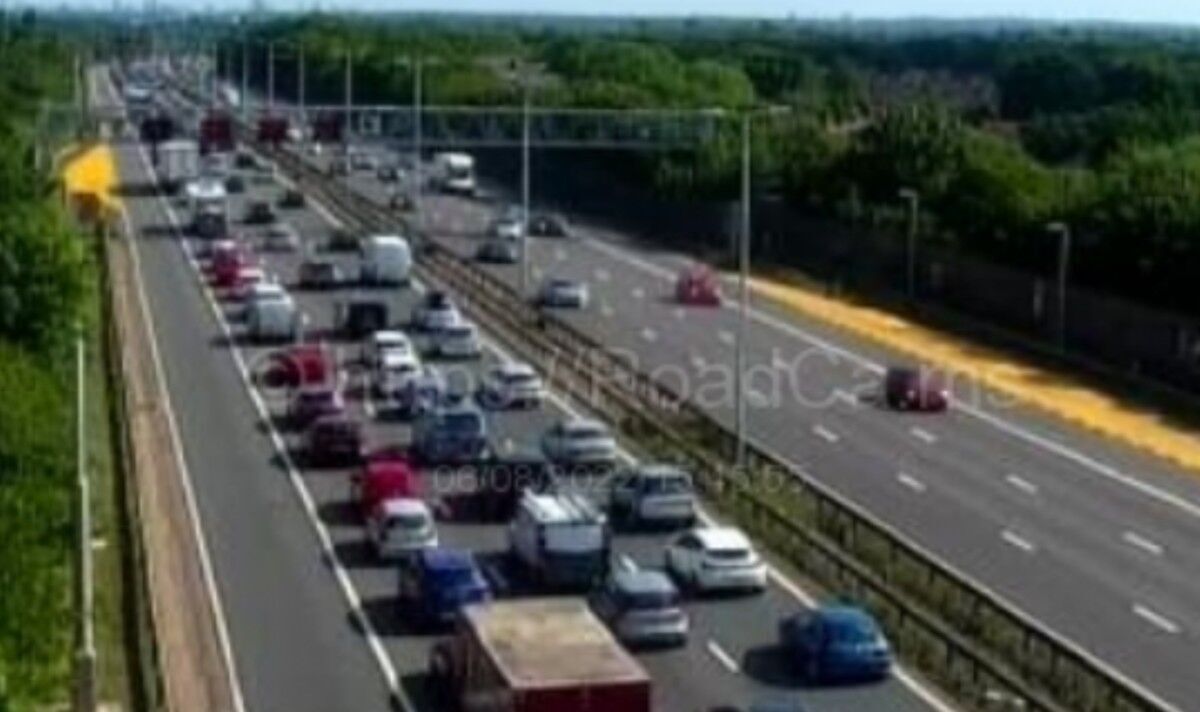 Traffic officers closed two of the four lanes on the M6 southbound between J10 (Walsall) and J9 (Wednesbury) in order for emergency services to assist those involved in the crash, which happened shortly before 3pm today.

It is still not known if anyone was injured in the crash.

In a Twitter update, National Highways said: “The #M6 southbound between J10 (#Walsall) and J9 (#Wednesbury), 2 lanes (of 4) are closed due to a multi-vehicle collision.

“There is currently approx. 4 miles of congestion on approach, causing delays of 25 minutes above usual journey times.”

West Midland Roads also provided an update on the incident.

At around 3pm the service said that two lanes are closed after the multi-vehicle crash, and that delays were up to about 15 minutes.

Around 3.40pm the local government agency added: “Delays have increased to 30 minutes, but recovery is on scene lifting the vehicles involved.”

The road was cleared shortly before 4pm.

West Midland Roads said: “#M6 southbound between J10 #Walsall and J9 #Wednesbury is now clear of the earlier collision. Any residual delays should begin to ease.”