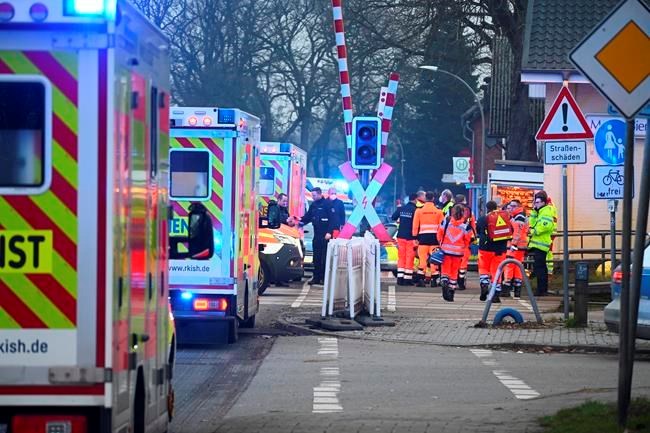 BERLIN (AP) — A man stabbed and wounded several people on a train in northern Germany on Wednesday before police detained him, and two of the victims died, German news agency dpa reported.

Dpa later quoted the interior minister of Schleswig-Holstein state, Sabine Suetterlin-Waack, as saying two people were killed and five were wounded in the attack, which happened at about 3 p.m. local time.

The train station in Brokstedt was closed for several hours, the news agency said.

Police did not give dpa any information on the suspect’s identity and said his possible motives were under investigation.

The relevant police agencies could not be immediately reached on Wednesday.