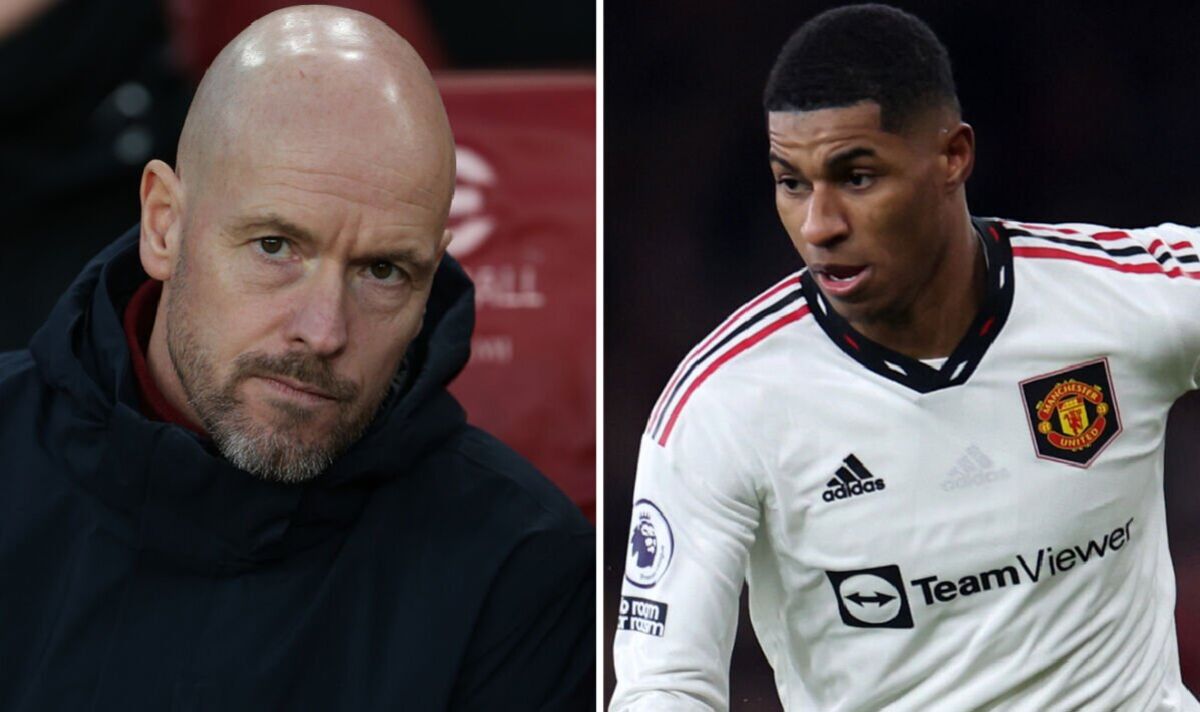 Erik ten Hag has told Marcus Rashford to commit his future to Manchester United and help them become the best team in the world. Rashford is out of contract in 18 months’ time and is expected to open talks with the club over a new deal imminently.

But with Paris St-Germain having publicly declared their interest over a summer swoop, Ten Hag insists the striker is already in the right place to take his career to the next level. Rashford has been completely rejuvenated by the Dutchman at Old Trafford.

“I think in this team he can bring his qualities. This team can help him be in the right position and to score goals, which he is good at,” said the United boss.

“This team is constructed that his qualities come to the fore and I think he knows that. But, definitely yes, he is important for us and if we want to get the success we want, we need him.

But they are understood to be ready to push his wages up beyond £350,000 a week in order to secure his future. Ten Hag insisted he was comfortable with interest from other clubs.

The Red Devils manager continued: “I hope that all our players can have interest from clubs because that means you do a good job, that the team is outperforming so that is what we are aiming for.”

And he added: “I would say this is the best place to be because we want to construct the best team, first in England, then in Europe then in the world.”