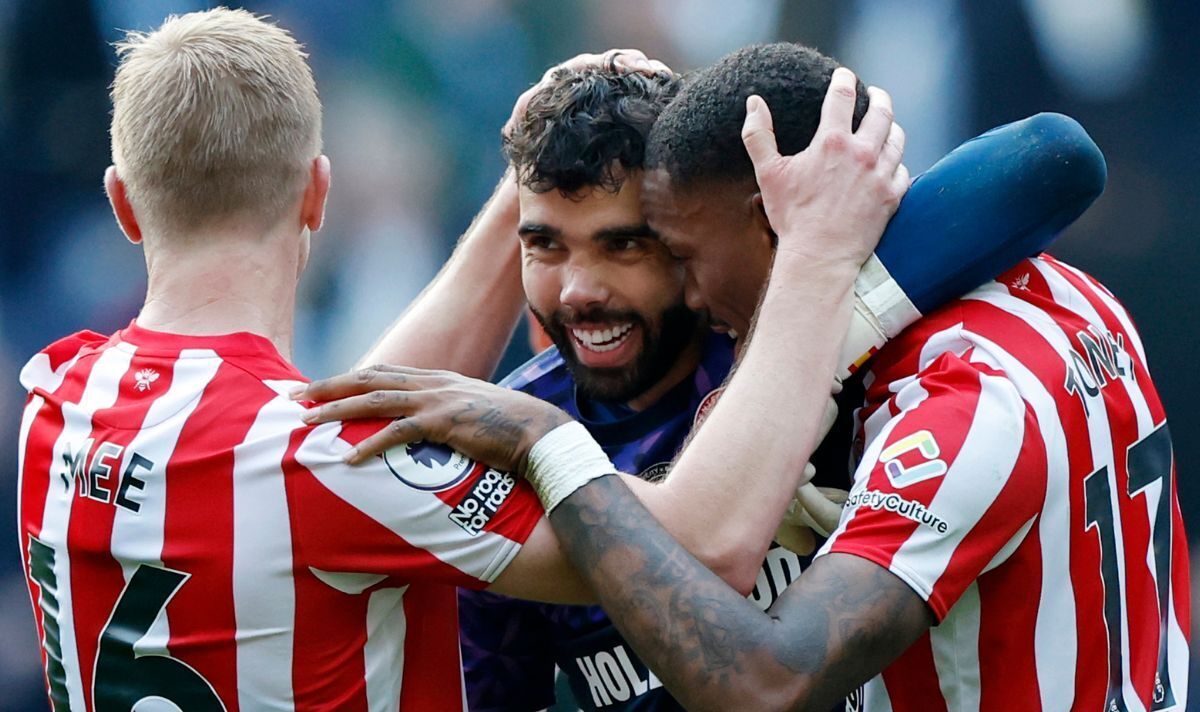 Manchester United have been strongly linked with a swoop for Brentford goalkeeper David Raya but his club team-mate Ivan Toney could represent a better signing for Erik ten Hag this summer, providing the striker is not slapped with a ban. The Red Devils are one of several clubs monitoring the Spaniard’s contract situation in west London after Raya entered the final 18 months of his deal at the Gtech Community Stadium.

United believe Raya could be a long-term successor for David de Gea at Old Trafford as they consider offering their current No 1 a new deal.

The lack of firm competition between the posts has seen De Gea become comfortable under Erik ten Hag and it’s plain to see why United could be prioritising the capture of a new goalkeeper this summer.

Nonetheless, a position of even greater priority is centre-forward with Ten Hag keen to add a marquee No 9 to his squad in what could prove to be the final piece of the puzzle.

While Harry Kane and Victor Osimhen have both strongly been linked – Brentford’s Toney could prove to be a smart, cheaper alternative.

The Bees have never been phased by the idea of losing their best players as they have had huge success recruiting talent in recent times.

Neal Maupay, Ollie Watkins and Said Benrahma have all been moved on for respectable fees during the Thomas Frank era and still, Brentford continue to improve and evolve under the Dane.

Toney has been integral to that having already bettered last season’s tally (12 goals) in the Premier League this term after hitting the back of the net 13 times in the top-flight.

At the current rate, Toney is on course to hammer home 26 goals which would be a phenomenal return for a player that was playing League One football just three years ago.

It just goes to show that whenever Toney has stepped up a level, he has taken it in his stride and continuously improved which would suggest he is more than capable of making the jump to United.

He rifled home 33 goals in the Championship to fire Brentford to promotion in the 2020/21 season and now he is among the Premier League’s big hitters.

If United are to open transfer talks with Brentford, they should seriously consider prioritising a move for Toney over Raya – particularly given it’s unlikely they will land both.

There’s no doubt Raya would be a top signing too but unless United are prepared to ditch De Gea, it seems pointless bringing in his compatriot to potentially sit on the bench.

Instead, Toney is a ready-made starter for United and a monumental upgrade on current loanee Wout Weghorst.

If he escapes FA punishment for alleged breaches of betting rules – he should undoubtedly be on United’s summer transfer shortlist.