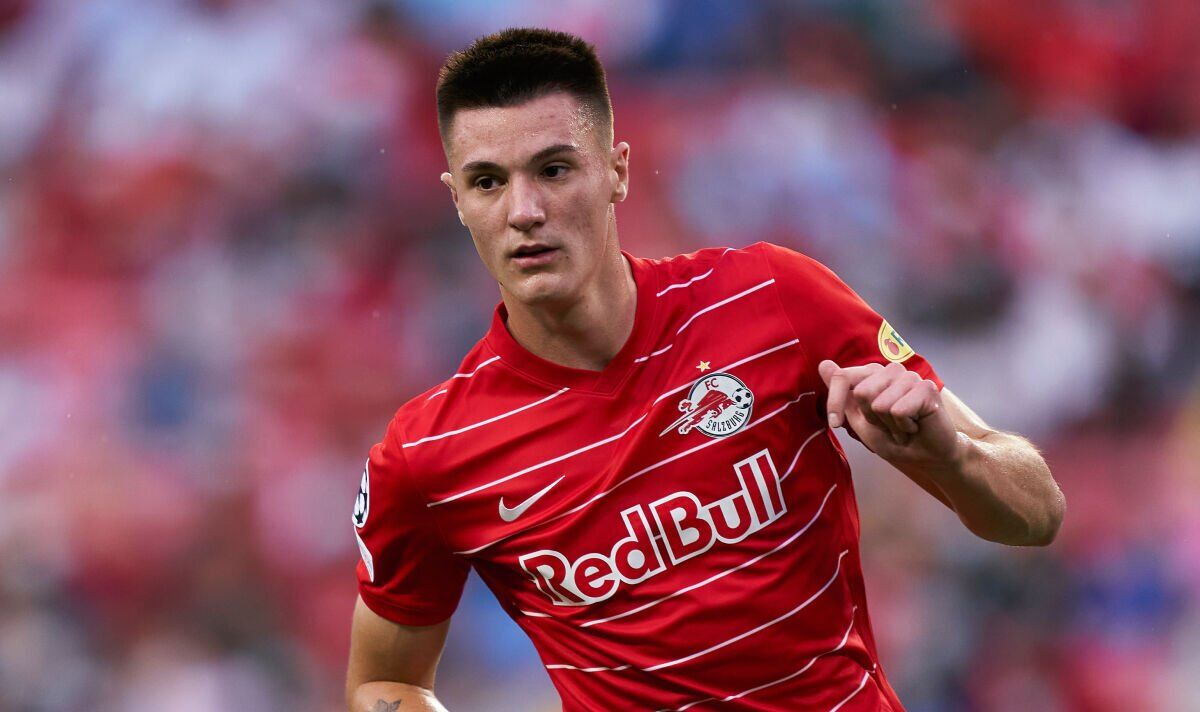 Manchester United could get an update as soon as today about whether they are likely to be able to sign Benjamin Sesko from RB Salzburg as his agent is reportedly holding a meeting with RB Leipzig director Oliver Mintzlaff, who is the main figurehead of the Red Bull Group. The Red Devils are said to have put forward an offer for the Slovenia striker.

United begin their new Premier League campaign on Sunday as they take on Brighton at Old Trafford. But new manager Erik ten Hag will be without Anthony Martial after the France international injured his hamstring. With Cristiano Ronaldo already revealing his desire to quit the north west giants, United appear to have a paucity of options to lead their frontline.

Marcus Rashford is expected to start in a central position for the clash with the Seagulls – but Ten Hag is in desperate need of reinforcements if he wants to compete with the best sides in the top-flight this campaign.

And, according to Slovenian outlet Sportklub, United have made a concrete offer for Sesko. The 19-year-old bagged 11 goals last season and is viewed as one of the most promising attackers in European football.

Sesko, who is 6ft 4in, helped his current employers retain their Austrian Bundesliga title last time around and also played six matches in the Champions League. He was handed his Slovenia debut last June and became his country’s youngest ever scorer when he found the back of the net in a clash against Malta last October.

If United can thrash out a deal to take Sesko to Manchester, the player could add an extra bow to the team’s attack. Ten Hag has brought in three new faces so far this summer, but two of those have been defenders. And with the Premier League looking as strong as its ever been, the Dutchman will need all the firepower he can get.