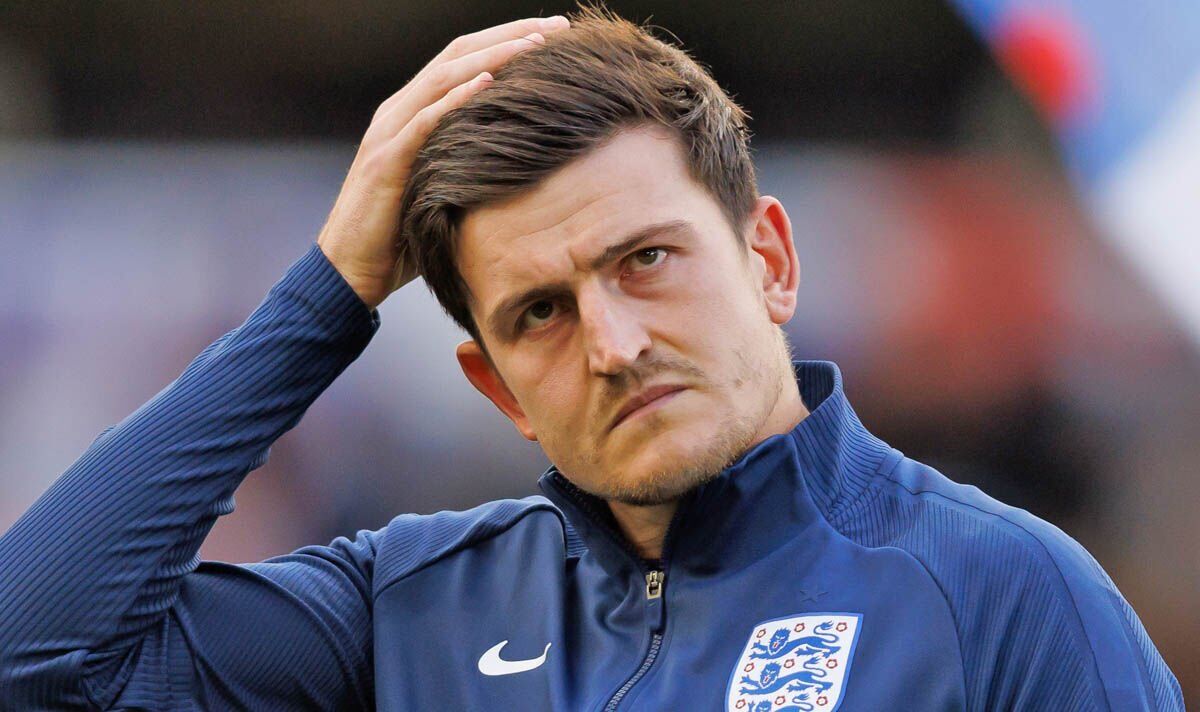 Manchester United won’t be selling Harry Maguire this summer and have decided to keep the England international, according to reports. The former Leicester star has blown hot and cold since his move to Old Trafford three years ago. However, while Erik ten Hag is primed to keep hold of the 29-year-old, three defenders are being eyed behind the scenes.

Manchester United thought they’d struck gold when they signed Maguire in 2019, with Ole Gunnar Solskjaer sanctioning a deal at the time.

But the England international hasn’t kicked on since then and, last term, toiled under both Solskjaer and Ralf Rangnick.

There has been some talk of Maguire leaving Old Trafford behind amid his issues yet, now, the Daily Mail say he’s primed to stay.

United have decided to keep the 29-year-old, just weeks after Ten Hag had publicly backed the England international in his unveiling.

But there are three defenders being eyed as Ten Hag plots a path to a significantly-improved Premier League campaign.

Jurrien Timber is United’s top centre-back target yet there’s been murmurings he may now stay at Ajax instead.

Louis van Gaal recently warned the Netherlands international that he must play consistently, at a high level, to make their World Cup squad for the tournament in Qatar later in the year.

And all signs now point to Timber remaining in Amsterdam as a result.

Pau Torres is another name United have under consideration, with the Spain international impressing for club and country in recent years.

Solskjaer eyed the Villarreal star a year ago, only to end up raiding Real Madrid for Raphael Varane instead.

And it’s feasible United will move for Torres now that their pursuit of Timber looks destined to fail.

A third name the club have under consideration is Lisandro Martinez, who previously impressed under Ten Hag’s guidance.

But Arsenal are also targeting the Argentina international, despite Mikel Arteta’s side already landing Marquinhos and Fabio Vieira so far this summer.

United are also set to keep hold of both Varane and Victor Lindelof.

However, they’re ready to listen to offers for the likes of Axel Tuanzebe, Eric Bailly and Phil Jones.

Tuanzebe struggled on loan at Aston Villa and Napoli last term and, despite bulking up, looks destined to be shown the door.

Injuries have prevented Bailly from fulfilling his potential, with the Ivory Coast international at the club ever since his arrival from Villarreal six years ago.

And it’s been a similar story with Jones, who was snapped up by Sir Alex Ferguson during his time at Blackburn back in the summer transfer window of 2011.

The publication adds that United remain keen on landing Christian Eriksen and Frenkie de Jong this summer, too.

Eriksen is available on a free transfer, having recently left Brentford.

But Barcelona are complicating a deal for De Jong, with the Catalan giants eager to get as much money as possible for the 25-year-old.

Meanwhile, regarding Maguire, the United star has faced scrutiny galore over the last 12 months.

But Martin Keown has urged Ten Hag to trust Maguire, saying: “This isn’t the first time I’ve come to Maguire’s defence. I did it during the season, too.

“Fans and pundits can provide constructive criticism but at times, it’s felt like comments made about Maguire have fallen more into the abuse category and that’s wrong.

“This is a good player who has taken on the pressure of captaining Manchester United and a central defender who has earned the trust of Gareth Southgate because he has been dependable.

“He has been through a difficult period in terms of form. The way Ralf Rangnick wanted him to play, in a pressing system with a high defensive line, was different for Maguire and he looked a little uncomfortable with it.

“You hope Erik ten Hag will use him properly, noticing the statistics state United concede less than a goal a game and have lost just twice when Maguire and Raphael Varane start together.”