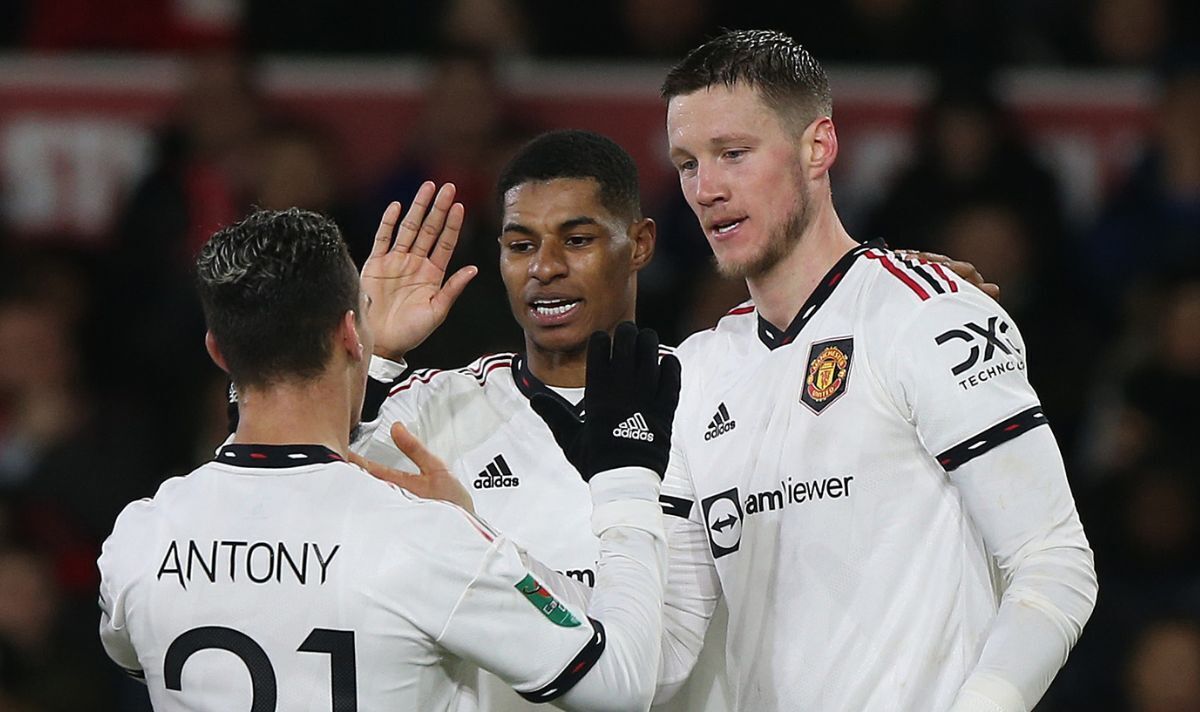 Manchester United put one foot in the Carabao Cup final as they secured a 3-0 win over Nottingham Forest in the first leg of their semi-final clash courtesy of goals from Marcus Rsahford, Wout Weghorst and Bruno Fernandes. Here’s how the United players rated at the City Ground…

Didn’t have an awful lot to do but did what was required to earn his clean sheet.

Surprisingly burned for pace for Brennan Johnson in the first half but recovered well and made some good interceptions at the back.

Will have been frustrated with Forest’s goal but it was thankfully chalked off for offside. Otherwise solid to play his part in earning clean sheet.

Excellent from the no-nonsense central defender. Made a full-blooded chopping challenge in the second half that showcased his commitment to the cause. United have a top defender and future captain in the Argentine.

Rare off night for the Brazilian. Was pressed by Morgan Gibbs-White and sloppy with his passing. Looked a little off the pace but can be forgiven given his recent contributions.

Again, not his best outing in a United shirt but still done what was required and scored a brilliant late goal to up his rating. Made some nice passes but his final ball was lacking on this occasion.

Hit the bar with a second-half pearler and was very good in possession as he helped United control proceedings.

Full of confidence and playing at the top of his game. Scored a brilliant solo goal to open the scoring and is playing with such swagger and arrogance. Subbed after brief injury scare.

He is footballing marmite. So many bright moments but so many frustrating ones also. Set up second goal when his shot was saved and turned home by Wout Weghorst. Dribbling was generally better but still too one-footed and sometimes holds onto the ball too long.

Grabbed his first goal for United and laid the ball off really nicely. Great finish for the goal using the outside of his booked. Generally an asset and doing a job.