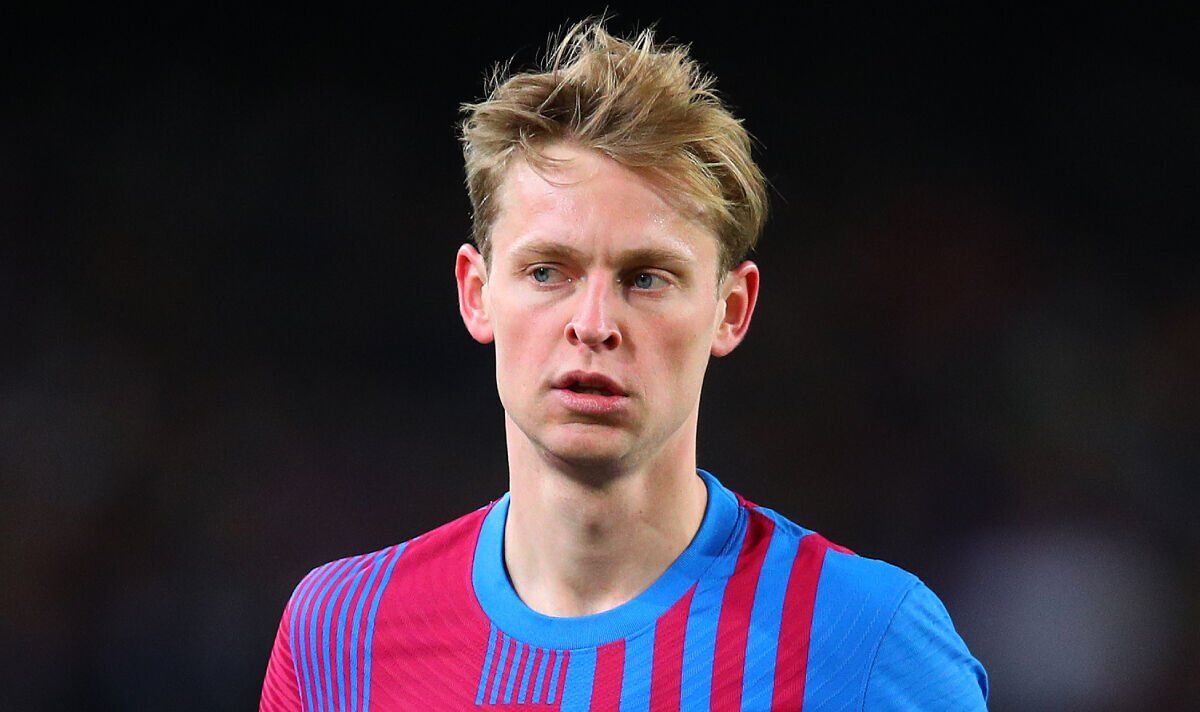 Manchester United have been dealt a crushing blow in their pursuit of Barcelona midfielder Frenkie de Jong. Barca president Joan Laporta insists that the Dutchman is ‘not for sale’ and that he wants to stay at the Nou Camp, despite the Red Devils reportedly having agreed an initial £56million fee to take him on this summer.

Erik ten Hag is yet to announce his first signing as United boss, having placed most of his midfield bets on De Jong thus far. The duo worked together at Ajax several years ago, but the player has, at times, appeared reluctant to leave Barca – the club he supposedly ‘dreamed‘ of playing for as a child.

The Spanish side are in financial difficulty, and the midfielder was reportedly warming to the idea of reuniting with Ten Hag at Old Trafford. The two clubs were thought to have agreed a financial package which could reach £73m, but personal terms were yet to have been nailed down.

On Saturday, Barca President Laporta cast doubt on the effectiveness of United’s agreement by claiming that the club are keen to prevent De Jong from moving on, despite interest from multiple sides.

It was presumed that Barca would need to cash in on De Jong to fund moves for the likes of Robert Lewandowski and Raphinha. Regarding the former, Bayern Munich are seemingly in no mood to sell on the cheap, and Laporta confirmed that only ‘communications‘ had taken place for the latter with Chelsea and Arsenal still firmly in the running.

Losing out on De Jong would be a killer blow for United, who have spent weeks negotiating with Barcelona and the player’s camp to try and thrash out a deal. And the update comes at the worst possible time, with many fans still grimacing at the news of Cristiano Ronaldo’s desire to leave the club just one year after sealing a dramatic return to Old Trafford.

Ronaldo is believed to prioritise Champions League football as he ventures deeper into the twilight of his career. Although he finished third in the race for the Premier League Golden Boot last term, it was only enough to see United finish sixth and subsequently miss out on Europe’s top-tier club competition.

Ten Hag previously stated that he planned to make Ronaldo a key part of his plans during his debut season as boss, but they may soon need to scour the market for his replacement. United showed interest in Benfica striker Darwin Nunez earlier in the summer, before losing out to bitter rivals Liverpool.