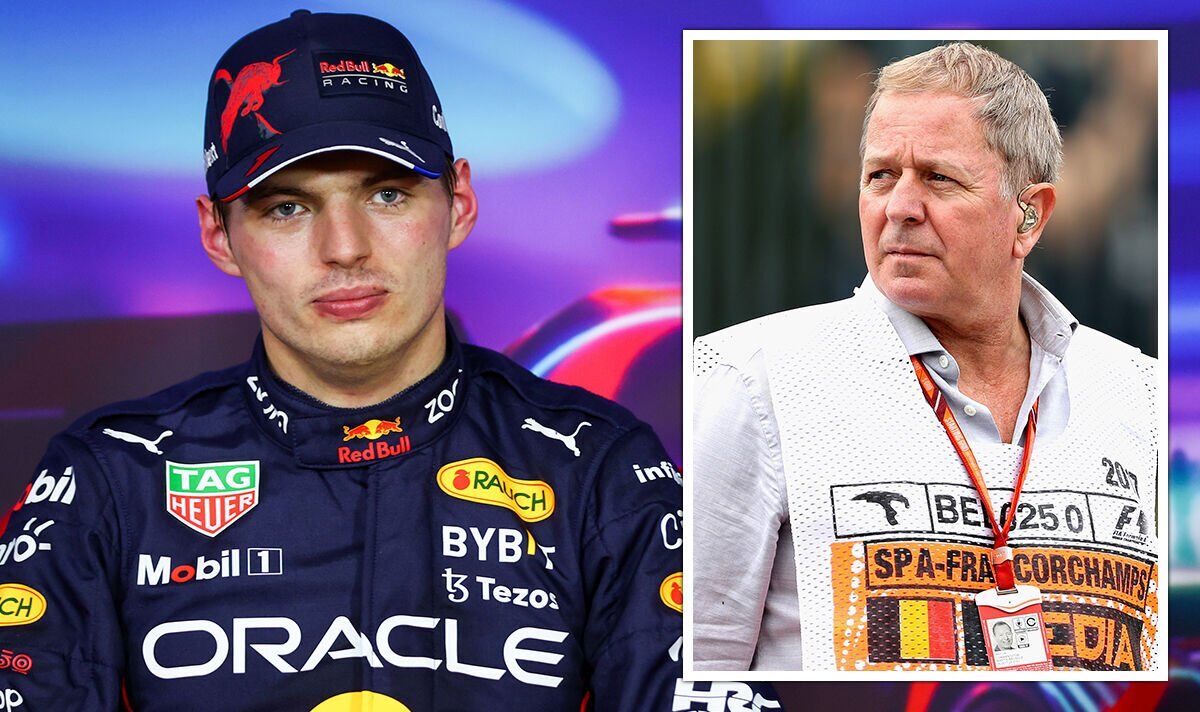 Martin Brundle has admitted to being “very sad” as fans booed Max Verstappen after the Abi Dhabi Grand Prix. Spectators in the grandstands hit out at the two-time champion as he approached Jenson Button for an interview moments after the chequered flag.

Meanwhile, Sebastian Vettel, Charles Leclerc and Sergio Perez received cheers from the fans ahead of their on-track interviews. Brundle stressed Red Bull could be at least partly to blame for the apparent dislike fans have for the Dutchman.

The team has been embroiled in several controversies this season, most notably being found guilty of breaching the cost cap. This created a lot of anger on social media and could have contributed to the antagonism the 25-year-old faced towards the end of the season.

Brundle stressed the team could have “played smarter hands” at some races to try and get fans back supporting the team.

READ MORE: Wolff ‘not sure at all’ if Lewis Hamilton can rejoin Verstappen duel

Writing in his Sky Sports column, Brundle said: “I was very sad to hear some boos for Max at the end, we have experienced that before for the likes of Schumacher, Vettel, Nico Rosberg and others over the decades for various reasons when fans get a strong feeling about something which has or indeed hasn’t happened.

“Red Bull and team Verstappen could perhaps have played smarter hands in Mexico and Brazil and over the cost cap, but nothing can take away from their utterly dominant performance this season.”

Red Bull were also involved in a team orders row at the Brazilian Grand Prix just a week before the Abu Dhabi finale. Verstappen had ignored a team order to let Perez pass despite the Mexican fighting Leclerc for P2 in the Drivers’ Championship.

The reigning champion claimed he had his reasons for not letting Perez through but has not yet confirmed if they stem from an incident between the pair at the Monaco Grand Prix. Again, Verstappen faced criticism online and in the press for his handling of the situation in Interlagos.

Another ex-F1 star has agreed with Brundle’s comments, also claiming they feel sorry for Verstappen having to face boos at races. Former Shadow and March driver Jan Lammers claimed there is even a “sadness” from Verstappen as the Dutchman is likely confused about what he has done wrong.

He told NOS: “With all his dominance this year, I still feel a bit sorry for him when he is booed. What do they want from a racing driver? If you’re really a motorsport fan, I wonder – ‘how much better do you want it?’

“When it happens, I think I see a kind of sadness in his eyes. He’s just talking, but you can see him thinking ‘What’s this?’ I think that’s sad, but luckily he can rise above it and perform above it.”