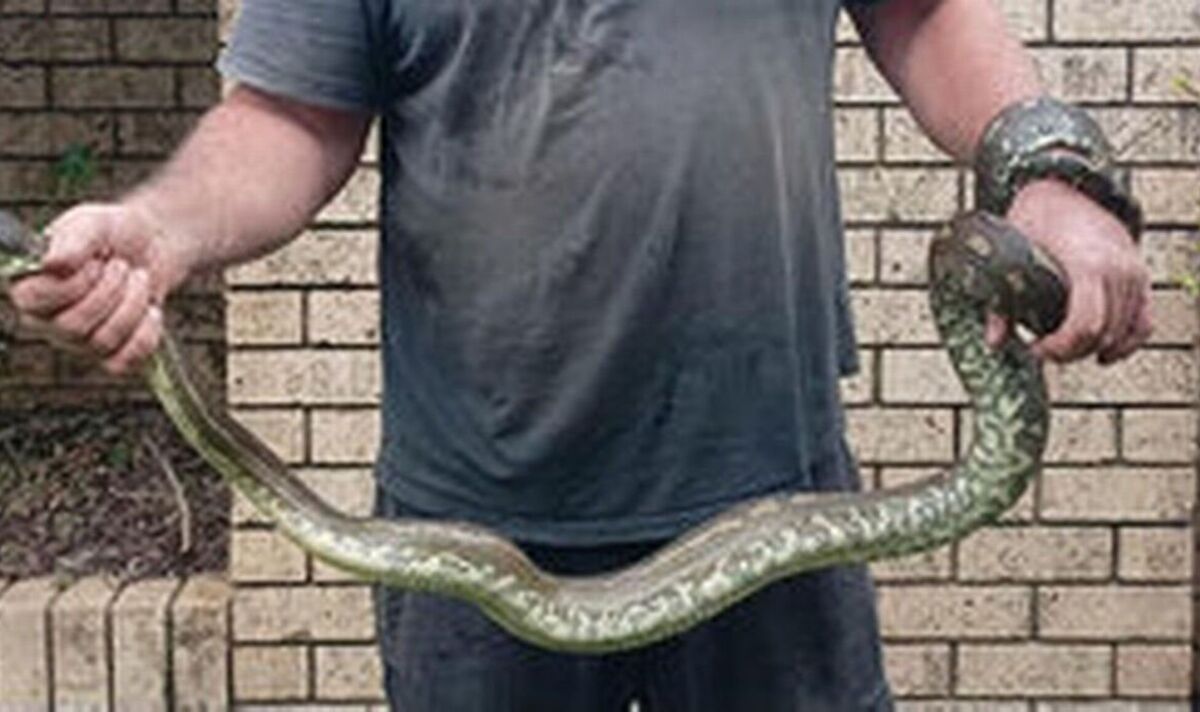 A 10ft long python bit a five-year-old boy, tried to suffocate him and dragged him into a swimming pool – before his father and grandad came to the rescue.Beau Blake, from Byron Bay in New South Wales, Australia, was targeted by the massive reptile as he played in his garden, his father Ben told Melbourne-based radio station 3AW.

Fortunately Ben’s grandfather Allan, 76, waded in – literally – and pulled the pair, still entangled, from the pool, and Ben then managed to prise them apart.Beau was bitten by the beast – but nevertheless in good spirits, his father said.

He explained: “Once we cleaned up the blood and told him that he wasn’t going to die because it wasn’t a poisonous snake he was pretty good actually.”

Ben emphasised the family would monitor the bite wounds in case they became infected.

Ben admitted the episode had been “quite an ordeal”.

He explained: “Beau was just walking around the edge of the pool.

“And I believe the python was sort of sitting there waiting for a victim to come along and Beau was it.”

He added: “I saw a big black shadow come out of the bush and before they hit the bottom, it was completely wrapped around his leg.”

He also stressed he bore no ill-will to the snake itself, saying: “Look…it is Australia”.

Australia is home to a wide variety of snakes, some venomous, some not.

The Amethystine python is the largest, and can exceed 13ft in length, but this only dwells in the tropical rainforests of far-north Queensland.

Beau is fortunate he was not attacked by an inland taipan, which is renewed as the most poisonous snake in the world.