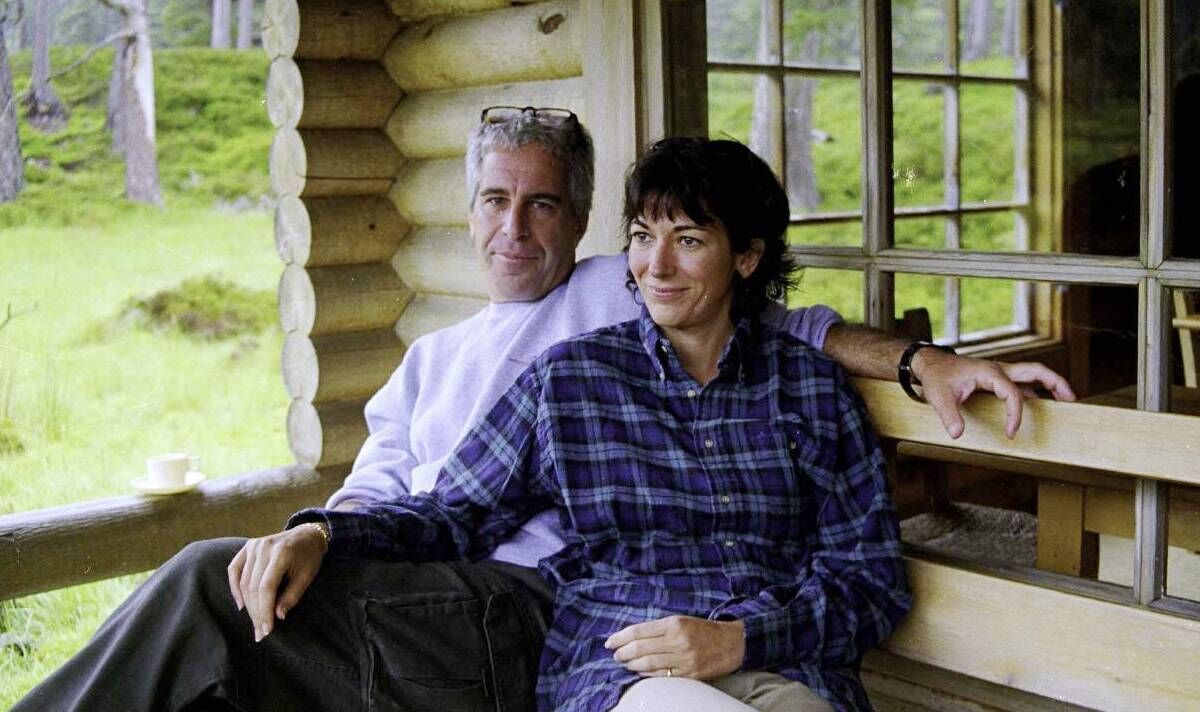 In an explosive interview with TalkTV on Monday, Ghislaine Maxwell desperately came to Prince Andrew’s aid, discrediting the claims against him. During an hour-long show on TalkTV, Maxwell, 61, slammed the infamous photo of her with Prince Andrew – showing his arm around accuser Virginia Roberts (now Giuffre), then 17 – as “fake”, sparking a furious backlash. The disgraced ex-lover of Epstein said: “Well, it’s a fake. I don’t believe it’s real. In fact I’m sure it’s not… There’s never been an original… Further, there’s no photograph, I’ve only even seen a photocopy of it…”

She also believes sexual predator Jeffrey Epstein was “murered” in prison. Speaking from behind bars, the convicted teen sex trafficker said: “I believe that he was murdered. I was shocked and I wondered how it had happened. “As far as I was concerned, I am sure he was going to appeal, and I was sure he covered under the non-prosecution agreement.”

She went on to say how she wasn’t included in his indictment following his arrest in July 2019 for sex trafficking of teenage girls and that she thought he was to appeal and would win.

Epstein had previously brokered a deal when in Florida to protect him from further prosecution after pleading guilty in 2008 to state charges of procuring a person under 18 for prostitution and felony solicitation of prostitution.

Maxwell insisted she wished she had stayed in England and never met the billionaire financier.

She added she wished she had been “more successful” in moving away from him as she became as a banker.

The 61-year-old said at the time she “never had a problem introducing people to friends” and that Epstein seemed “friendly with everyone”.

Despite being given the opportunity to offer an apology to her victims, the women who feel betrayed by her and want to see her remain in prison, she said:  “I say Epstein has died and they should take their disappointment and upset out on the authorities that allowed that to happen.

“And, as I said, I hope that they have some closure via the judicial process that took place.

She also confirmed the Mirror/Express/Star stories about her life inside Florida’s Tallahassee prison.

Maxwell told how she wakes at 6am before having cereal and a piece of fruit for breakfast.

She said that she then makes her bed “military-style” before then heads to the prison’s law library, where she works until 10.30am when she is served lunch which she describes as “beyond tasteless”.