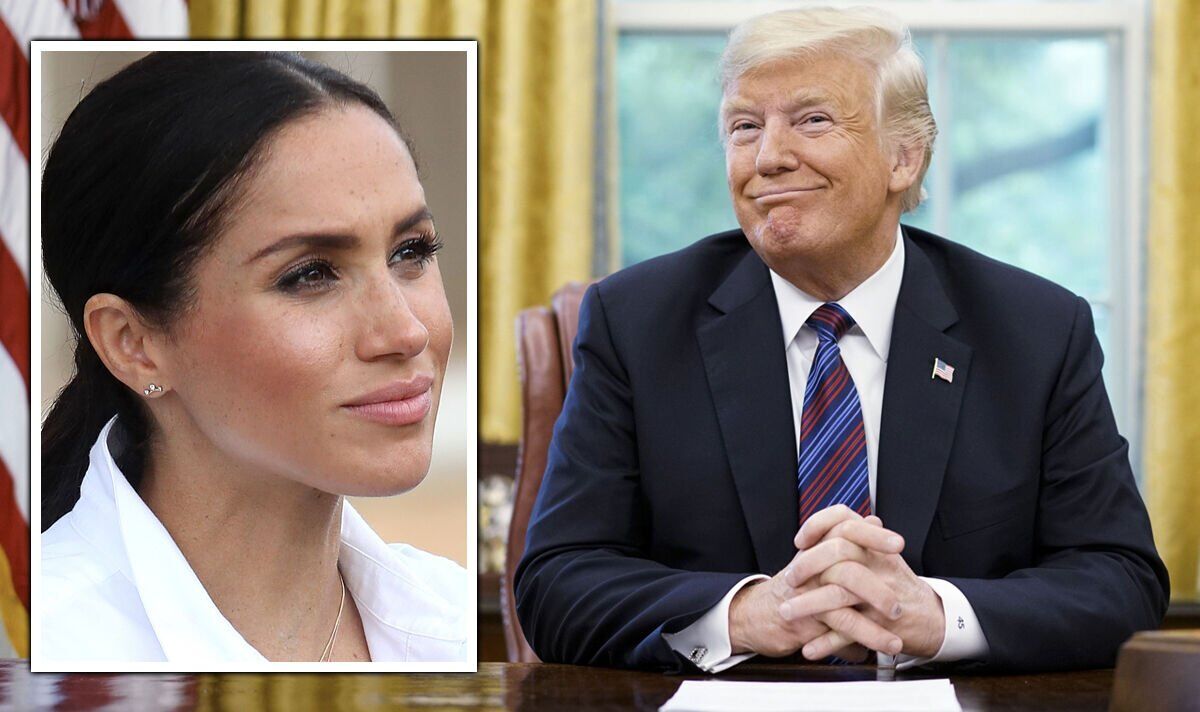 Former President Trump and the Duchess have had a feud since she snubbed him when he made an official visit to the UK and was hosted by the Queen at a dinner that Ms Markle refused to attend.

Mr Trump later hit back claiming that he “felt sorry” for Prince Harry to be married to the former Suits actress.

Polling has consistently shown that Ms Markle has continued to be deeply unpopular in Britain.

This week the 1,624 respondents favoured a Trump presidency over a Markle one by 41 percent to 39 percent.

However, once again, the results showed a split between Brexiteers and pro-EU voters.

For Leave voters from 2016, 50 percent would prefer Trump while 46 percent of Remain voters prefer Ms Markle.

The Duchess had a small majority of 18 to 44-year-olds while 45 and over backed a Trump presidency.

The results come after another exclusive poll for Express.co.uk of US voters revealed that former President Trump would easily beat Ms Markle is they faced each other in the 2024 election by 48 percent to 39 percent.

But with US President Joe Biden expected not to make an attempt to get reelected, the same poll revealed that the Duchess is a clear second favourite among Democrats if they had to select a woman as their Presidential candidate for 2024 only behind Michelle Obama.