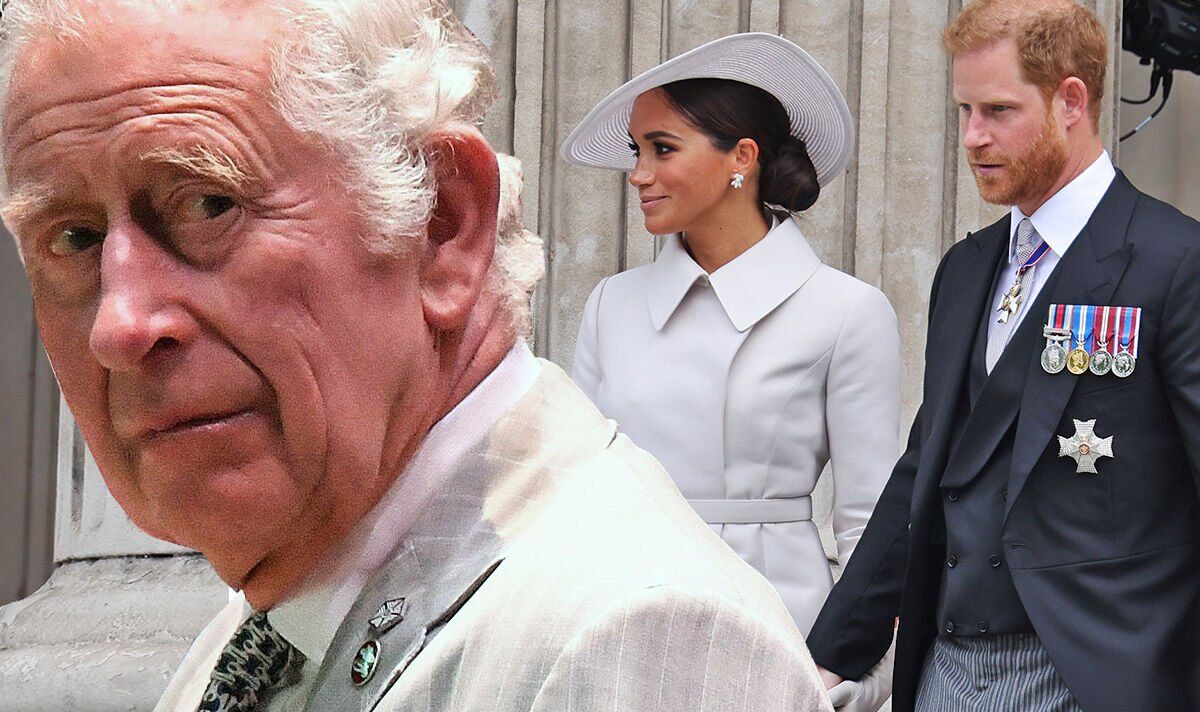 Meghan Markle and Prince Harry departed their senior royal duties in March 2020 for a new life in America where they signed multimillion dollar deals with streaming giants Netflix and Spotify in order to be financially independent from the Royal Family. But their exit put a huge strain on Prince Charles’ plans to slim down the monarchy when he is King, royal expert Katie Nicholl has claimed. She discussed the popularity of the Royal Family with Vanity Fair staff writer Erin Vanderhoof in the young generations.

Speaking on Vanity Fair’s Dynasty podcast, Ms Nicholl said: “The challenge is there is a generational divide and we saw that, particularly after Megxit.

“The older generation saw Meghan and Harry leaving as a betrayal but the younger generation had no problem with it.

“In some ways, it’s the younger generation that needs to be convinced there can be a place for a hereditary monarchy in a modern society.”

Ms Vanderhoof continued: “What will Charles do?

“His vision for a slimmed-down Royal Family is well known but what does that mean for his nieces and nephews who are already in the public eye?

“Is he willing to scale back the family’s participation in public events for the sake of keeping a firewall between the monarchy?

“When I talked to Sally Bedell Smith she said that Charles had wanted to marginalise his siblings a bit more than he already has but he still needs Edward and Anne to carry the load.

“We know that he’s not going to have the long reign that his mother has had so he has to be thinking about things already.”