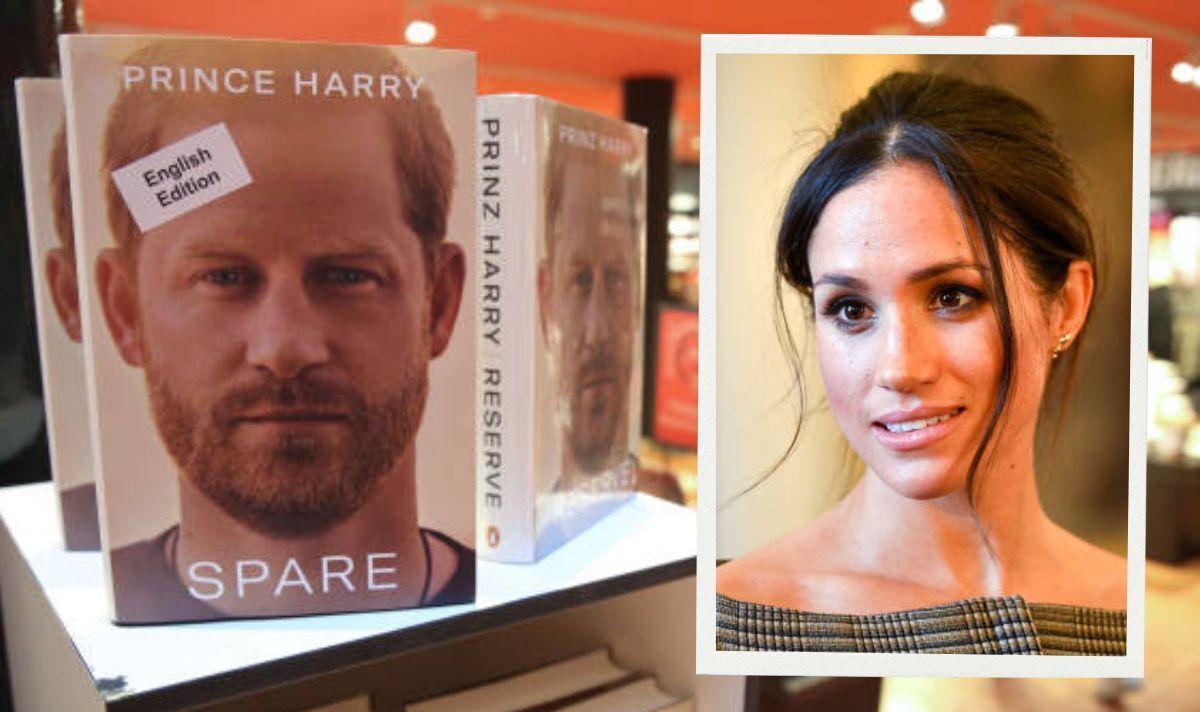 On Tuesday evening, GB News host Dan Wootton ran a segment on his show asking his guests about a recent article by the Daily Telegraph concerning Meghan Markle. The newspaper questioned why the Duchess of Sussex has not been promoting Prince Harry’s memoir ‘Spare’ which was released earlier this month on January 10.

Meghan Markle once described herself and Prince Harry as “like salt and pepper” because they “always move together”, but the Telegraph has questioned why the Duchess has not made any media appearances for Prince Harry’s book.

The newspaper noted that Prince Harry has often made a supporting appearance when Meghan Markle did interviews to promote her Spotify podcast ‘Archetypes’, and also appeared at events when she was promoting her children’s book ‘The Bench’.

In the past, Meghan Markle has appeared in Prince Harry’s Apple TV documentaries about mental health and also in a promotional video for the Invictus Games, the Duke’s sports event for soldiers injured while serving in the military.

The Telegraph has reported that some sources have suggested Meghan may have “raised gentle concerns” about ‘Spare’ and was “more wary” than Prince Harry about the project.

However, they also said once Prince Harry “made up his mind” about working on his book Meghan Markle was supportive and also “immensely proud” of her husband.

One source said: “Is this the way she would have approached things? Possibly not, but she will always back him and would never have got involved in promoting such a personal project.

“This was about his own life, his own journey and his own perspective.”

On GB News host Dan Wootton spoke about the Telegraph and said he found it to be “absolutely fascinating” as “ it was the first sign of Meghan trying to distance herself from all of the collateral PR damage caused by ‘Spare’.”

He spoke with Angela Epstein, a show guest on GB News, who said she believes nothing Prince Harry and Meghan Markle does is “without strategy”.

She said: “Sometimes it seems everything is as genuine as the tooth fairy where those two are concerned.”

Ms Epstein, who is a journalist and broadcaster, said that she believed there was “no doubt” Prince Harry has commoditised every single aspect of his life.”

She added: “He certainly deserves all the criticism he’s got, because first of all, he fired the first salvo, and second of all, nothing is sacred.”

Ms Eptein explained why she had issues with some of the details Prince Harry has released in ‘Spare’.

She said: “So-called private conservations have been paraded all over the place, he’s targeted people who he knows cannot answer back, mainly his brother, his sister-in-law, and his father, because of the ‘never complain never explain’ philosophy that underpins the whole of the palace’s strategy.

“I can’t read Meghan’s mind, and I’m sure there’s a lot to read there, but perhaps she’s not entirely predicted the fallout and has therefore stepped away.

“Or conversely, they’ve had a scatter bone approach of monetising their misery, giving gobbets to different people to maximise their exposure.

“It may be that this is all part of their strategy, but I just feel with those two nothing is without some forward planning.”