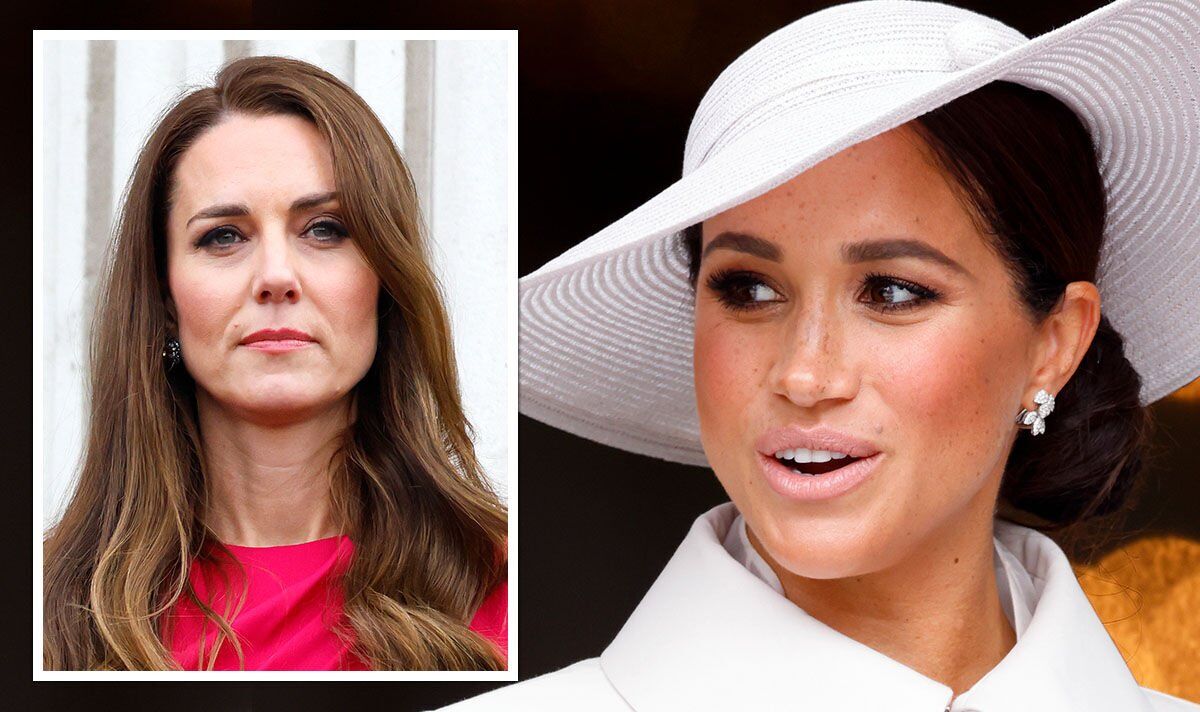 Meghan Markle told Oprah Winfrey that Kate made her cry ahead of her wedding after stories suggested that it was Meghan Markle who had made Kate cry. The Mail on Sunday’s assistant editor Kate Mansey claimed these comments damaged the relationship between Princes Harry and William. Speaking to Palace Confidential on Mailplus, Ms Mansey said: “It was such a shame. It was described to me as civil which is palace courtier for what the rest of us would refer to as frosty.

“You do wonder whether it could be their kind of gift to the Queen to make up somehow.

“But there’s been so much said obviously, Oprah.

“I do think those comments aimed at Kate were extremely damaging to the brothers’ friendship.

“Then we have this book coming out and who knows what will be in it.”

Reports had circulated ahead of the Sussexes’ nuptials that Meghan left Kate in tears at Princess Charlotte’s bridesmaid dress fitting – but Meghan told Winfrey “the reverse” happened.

Meghan said she was not sharing the information to be “disparaging” – and described Kate as a “good person” – but added it was “really important for people to understand the truth”.

Meghan said Kate apologised and bought her flowers, adding that she has forgiven her.

She told the chat show host: “The narrative with Kate, which didn’t happen, was really, really difficult and something that… I think that’s when everything changed really.”

Winfrey pressed Meghan: “So specifically, did you make Kate cry?”

Meghan said “no” and when asked where that story came from and whether there was a situation where Kate “might have cried”, Meghan said: “No, no, the reverse happened.

And I don’t say that to be disparaging to anyone, because it was a really hard week of the wedding, and she was upset about something, but she owned it and she apologised and she brought me flowers and a note apologising, and she did what I would do if I knew that I’d hurt someone, right, to just take accountability for it.”

Harry and Meghan “crossed the red line” in deciding to walk away from the monarchy, a royal biographer has said.

Angela Levin said the Queen was a “patient woman” but that she was “devoted to her sense of duty” and the protection of the royal family.

“(The Queen) doesn’t want the Royal Family’s name to be tainted in that way and this, I think, crossed the red line,” she said.

“She’s a very patient woman, she’s not a micromanager. She lets her children and grandchildren do what they want up to a certain extent and when they overstep that, she comes down.”