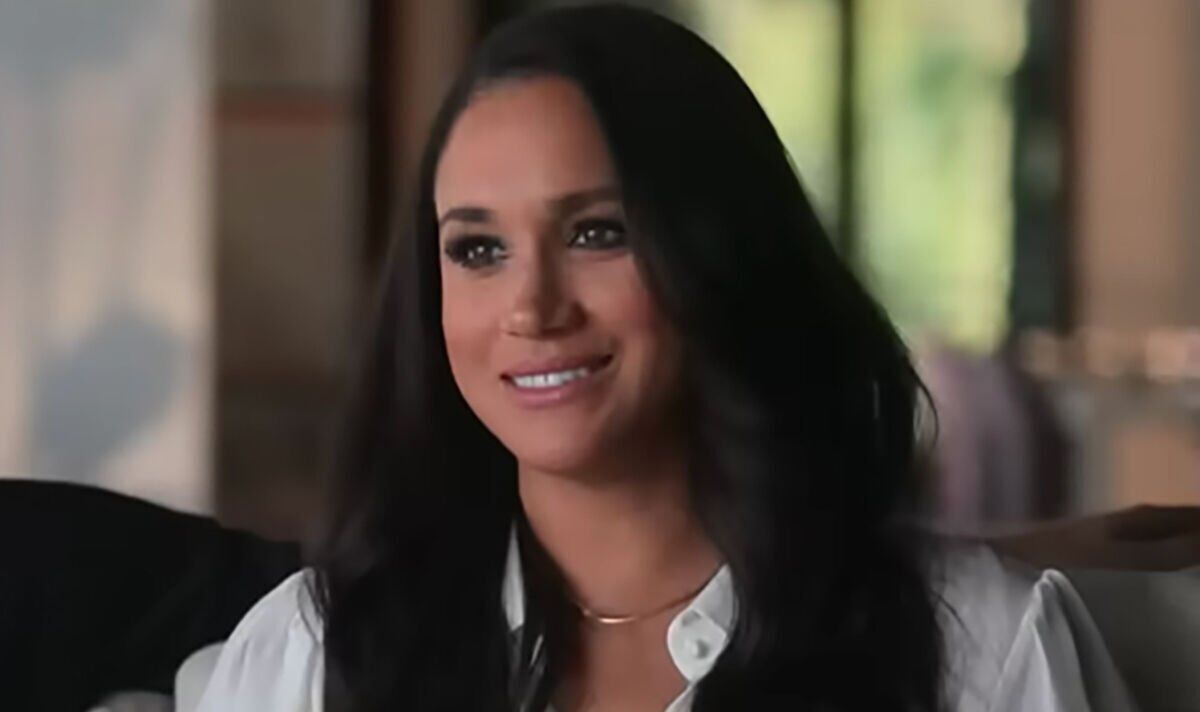 Meghan recalls her childhood and resights a poem she wrote as a young girl whilst studying during the second episode of the explosive new Netflix docu-series. The 41-year-old recounts the poem word-for-word, in which she states that “life would be easy if there were two of me”.

In the episode, Meghan said: “There’s so much from anyone’s childhood that you bring with you into the present.

“Especially when you are the product of divorce”.

She added: “Even though my parents co-parented well, if you think about how that informs what you grew up to be and what you want.

“One of the assignments was to write a poem about your life.”

READ MORE: ‘Let’s not go there’: Meghan reveals Prince Harry’s list of ‘what he looks for in a woman

“Two couches were I lay, two places that I stay.

“Moving, moving, here and there. From Monday to Friday, I’m everywhere.”

She continued: “Don’t get me wrong, It’s not that bad. But often times it makes me sad.

“I want to live that nuclear life with a happy dad and his loving wife.

READ MORE: Beatrice and Eugenie in touching throwback snaps with Harry and William in Netflix show

The final three epsiodes of the series are due to be released on December 15.

The show is released as part of the multi-million dollar deal that the couple signed with Netflix in 2020.

Until the release of the docu-series, no other content has been released, through the deal, by the couple.