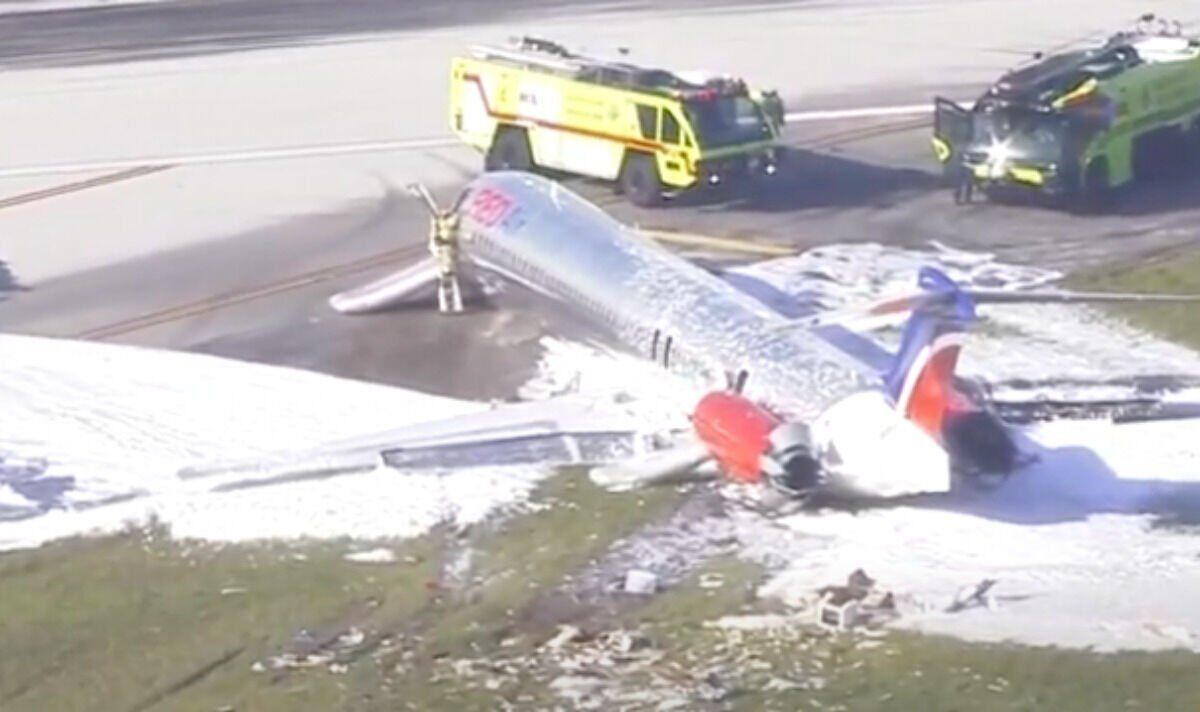 A plane carrying 126 people, including 11 crew members, caught on fire in an incident at Miami International Airport yesterday.

The Red Air 203 jet touched down in Florida at 17.38 local time (22.38 BST) after making a two hour flight from Punta Caucedo in the Dominican Republic.

The blaze was extinguished and passengers have since been bussed to the terminal, communications director Greg Chin confirmed.

According to news outlet WSVN, the jet caught on fire after it made a crash landing, tearing through a communications tower and small building.