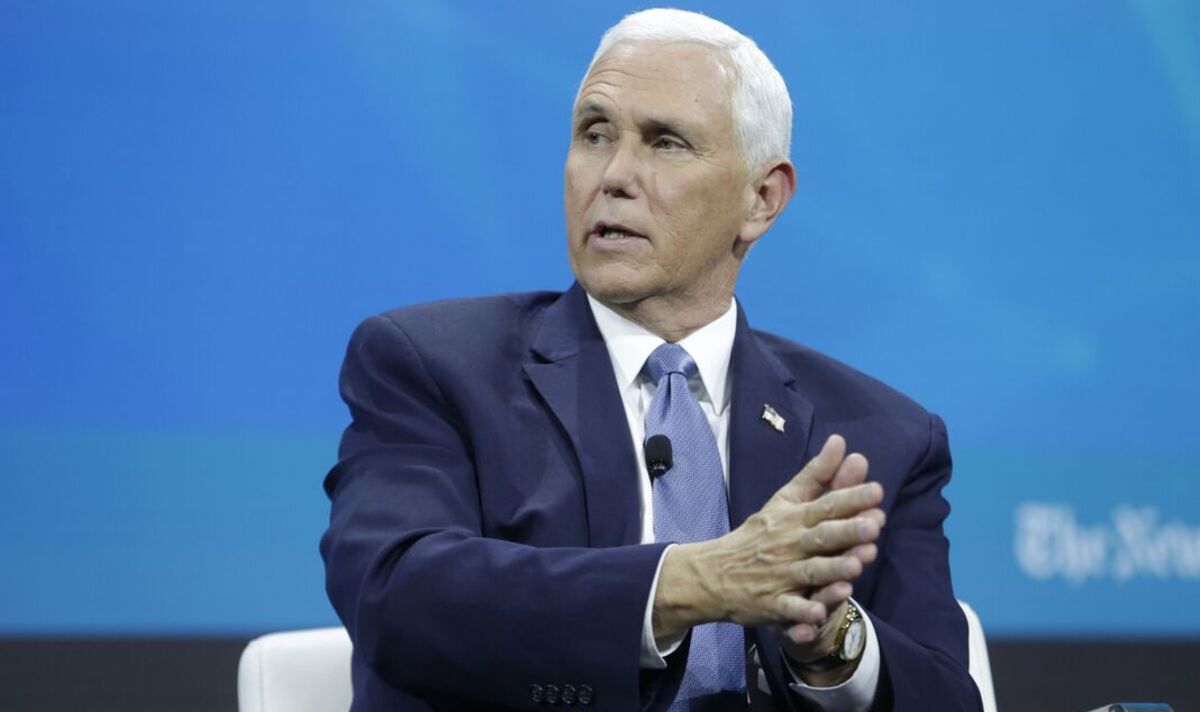 Mike Pence’s lawyer discovered nearly a dozen classified documents at his new home in Carmel, Indiana, according to sources familiar with the issue. According to CNN, Pence’s legal team passed on the documents to the FBI after finding the records at the former vice president’s home last week. The FBI and the Department of Justice are believed to have launched an investigation into how the files found their way to Pence’s residence and to review their contents.

The source claimed the former vice president’s lawyer recovered the records in the wake of classified documents being found at President Joe Biden’s former DC office and his private residence in Delaware.

Pence had previously said he did not have any documents leftover from his time at the White House in his possession.

Asked in November if he had taken any classified document home at the end of his tenure, Pence said: “I did not.

“There’d be no reason to have classified documents, particularly if they were in an unprotected area.”

Pence is believed to have personally requested his lawyers search his home to locate any potential documents out of an abundance of caution in light of the growing pressure Joe Biden and Donald Trump have been facing after files were found in their possession.

The former VP’s lawyer said they contacted the National Archives shortly after the files were recovered and agreed with the FBI to turn them in to agents from the Bureau’s Indianapolis office.

Pence’s representative Greg Jacob, told the National Archives in a letter that a “small number of documents bearing classified markings” had been inadvertently transported to his new home in Carmel.

Jacob said: “Vice President Pence was unaware of the existence of sensitive or classified documents at his personal residence.

“Vice President Pence understands the high importance of protecting sensitive and classified information and stands ready and willing to cooperate fully with the National Archives and any appropriate inquiry.”

Jacob added that Pence “engaged outside counsel, with experience in handling classified documents, to review records stored in his personal home after it became public that documents with classified markings were found in President Joe Biden’s Wilmington residence.

The boxes containing the document were first moved to Pence’s temporary home in Virginia before travelling with the family’s belongings to Indiana.

The boxes were not kept in a secure location, but the CNN source claimed the documents were immediately moved to a safe inside the house upon discovery.

The Justice Department already is using special counsels to investigate the presence of documents with classification markings taken from the Florida estate of former President Donald Trump and from Biden’s home and former Washington office.

The DoJ says roughly 300 documents marked classified, including at the top-secret level, were taken from Mar-a-Lago, and officials are trying to determine whether Trump or anyone else should be charged with illegal possession of those records or with trying to obstruct the months-long criminal investigation.

In a January interview with Fox Business, Pence described a “very formal process” used by his office to handle classified information as well as the steps taken by his lawyers to ensure none was taken with him.

He said: “Before we left the White House, the attorneys on my staff went through all the documents at both the White House and our offices there and at the vice president’s residence to ensure that any documents that needed to be turned over to the National Archives, including classified documents, were turned over.

“So we went through a very careful process in that regard.”