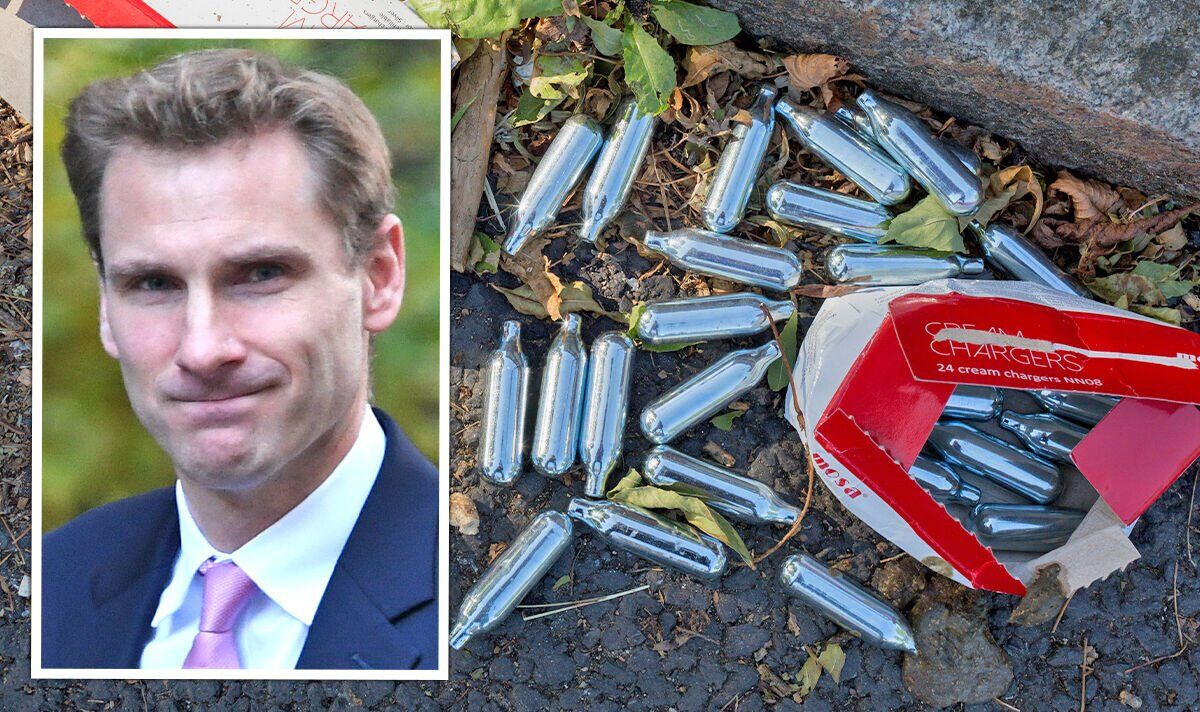 Ministers are hoping to pass plans which will ban the sale and possession of laughing gas in an attempt to tackle antisocial behaviour. The proposals from ministers will revise the drug misuse laws following a rise in the supply and recreational use of the drug, particularly by young people.

Those with a “legitimate reason” will be exempt from prosecution, such as chefs who use the gas for whipped cream or chilling and freezing foods.

The gas is also widely used in dentistry and on maternity wards as pain relief for surgery and childbirth.

Current laws under the Psychoactive Substances Act bans the reckless supply of laughing gas for inhalation.

However, a ban on all direct consumer sales has been proposed by the British Compressed Gases Association alongside a tightening of laws for those without “legitimate” exemption.

Policing minister Chris Philp is pushing to fast-track an independent review by the Advisory Council on the Misuse of Drugs into nitrous oxide.

Mr Philp hopes it will be brought forward to April so the Government can take action once the findings of the investigation have been reported.

It is thought that the Government may make an official announcement alongside the findings as part of its strategy to tackle antisocial behaviour.

Compared to other drugs, laughing gas is cheaper to purchase and more easily obtained.

Doctors warned last year that health problems related to the misuse of the drug have soared in numbers and severity.

Prime Minister Rishi Sunak ordered the crackdown on the drug after a poll of the public found growing concern amid the increased presence of the gas cannisters littered in streets and parks.

A source told The Times: “There is a clear view that we have to act. There is a clear link between the use of nitrous oxide and antisocial behaviour and this is a top priority for the government.”