‘More than a brother to me’: Victims of Montreal-area killings remembered 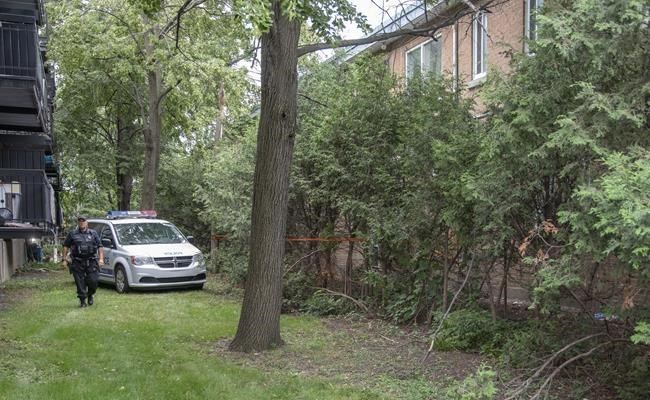 MONTREAL — Families and communities are mourning a grandfather, a hospital worker and a 22-year-old riding his skateboard who lost their lives this week to a seemingly random string of shootings in the Montreal area.

Police killed the 26-year-old suspect Thursday morning after he allegedly gunned down the three victims on the street within a period of about 24 hours. Provincial police have said it appears the suspect, who was known to have mental health issues, chose his victims at random.

Billy Bellemare says he never got to finish his last conversation with his best friend, 22-year-old Alex Lévis Crevier.

Lévis Crevier was riding his skateboard in Laval, Que., a Montreal suburb, exchanging messages with Bellemare when he was fatally shot Wednesday night.

“We were sending each other voice messages and paff … nothing more,” Bellemare said in an interview with The Canadian Press on Facebook Messenger.

Bellemare said the two met in 2019 when they worked at the same tire shop in St-Jérome, Que., north of Montreal. Lévis Crevier “was more than a brother to me, we talked 24 (hours) out of 24, seven days out of seven,” he said.

Bellemare said his best memory is of long car rides with his friend, the two of them laughing so hard at “absolutely nothing” that they almost had to pull over. Lévis Crevier, who had just started a job in construction, was “kind, likable — a very good person,” he said.

The brazen series of murders began Tuesday night, when 26-year-old suspect Abdulla Shaikh allegedly shot two men in Montreal a few kilometres from each other, about an hour apart.

André Fernand Lemieux, 64, the father of Canadian professional boxer David Lemieux, was the shooter’s first victim. The 33-year-old boxer on Wednesday published a photo of his father cradling his months-old grandson, who was born earlier this year to Lemieux and his partner, Olympic medal-winning diver Jennifer Abel.

“R.I.P. Dad,” read the photo, which was posted to Lemieux’s official Facebook account. Lemieux’s management indicated the boxer was “in mourning” and did not wish to speak publicly.

A union representing health-care workers in the city’s north end paid tribute online to Mohamed Salah Belhaj, who was killed in Montreal’s Ahuntsic-Cartierville borough on Tuesday.

Several colleagues who worked with the 48-year-old at the Albert-Prévost mental health hospital changed their Facebook profile pictures to a black square with the hospital’s name and the words “Without Mo.”

“Thank you dear colleague for your presence and your work over all these years,” the union wrote. “Thank you for everything Momo.”

A former colleague who now lives in France said he remembers Belhaj as someone who was devoted to helping those around him. “Everyone could tell you about his magnificent smile,” Marc-Antoine St-Pierre said on Facebook Messenger.

The Canadian Embassy in Tunisia expressed its “great sadness” at the death of Belhaj, whom it described as a Tunisian national residing in Canada. The Tunisian Embassy in Canada, meanwhile, said consular officials had visited his family to offer their support.