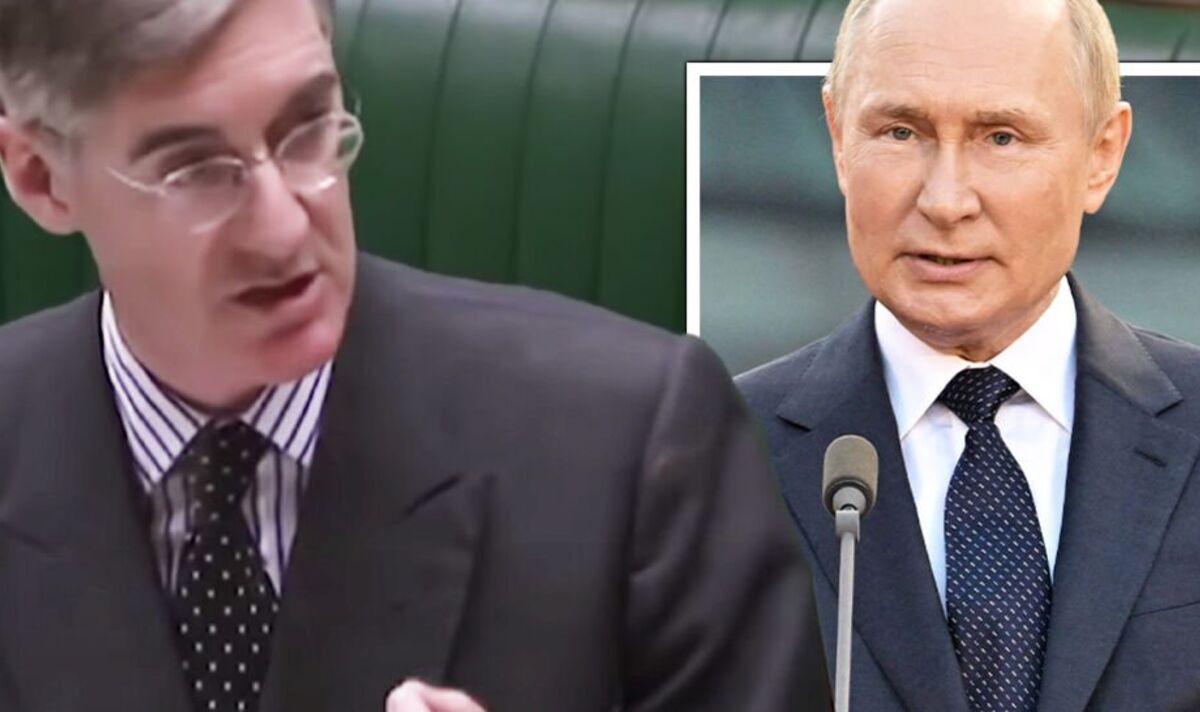 Shocked Labour MP Cat Smith appeared stunned as Jacob Rees-Mogg told her some anti-fracking campaigns may have been funded by Vladimir Putin. The exchange came as Mr Rees-Mogg, who was recently appointed as Liz Truss’ Business Secretary, defended the decision to allow fracking to go ahead on the grounds of energy security.

Mr Rees-Mogg had been hauled before the Commons with two urgent questions from Labour to explain the Government’s new policies on reducing energy bills for businesses and issuing 100 new shale gas licences in places like Lancashire, Somerset and Sussex.

The Business Secretary came under attack from both sides of the House over the fracking plans due to concerns he will push for a change in planning laws to end the need for local consent on allowing fracking to go ahead.

There were also attacks on the Government for putting aside climate change targets by allowing the production of more fossil fuels in the UK.

But Mr Rees-Mogg insisted it would “simply replace the gas we get from Russia” as outlined the case for energy security.

He said: “We have—all of us—constituents with gas boilers, and we are going to have them for many years to come. Do we really want them to be dependent on strange dictatorships that wage war in this world, or do we want to have our own security, and our own supplies?

“Do we want to maximise what we receive from the North sea and from underneath our feet? This seems to me to be just good common sense.”

But it was his response to Labour Lancaster and Fleetwood MP Cat Smith which caused raised eyebrows.

She said: “One thing that the Secretary of State is not aware of is the strength of opposition to fracking in communities like mine in Lancashire.”

She noted there had been “huge police presences” just to manage the protests against fracking her constituency.

But she was visibly shocked when he hit back, saying: “A number of people have said that fracking is environmentally unfriendly.

“It is more friendly than importing LNG from abroad. It is a lower carbon footprint and this is fundamentally important.

“And I am well aware there have been objections to fracking.

“But I would also note there have been stories widely reported that some of the opposition to fracking has been funded by Mr Putin’s regime.”

READ MORE: Speaker lashes out at Rees-Mogg for disrespecting Parliament

Mr Rees-Mogg suggested those who opposed fracking were Luddites, which enraged another Lancashire MP from his party.

Fylde Tory MP Mark Menzies said: “There is nothing Luddite about the people of Lancashire or Fylde. I want to say how disappointed I am that Parliament was not informed about this issue before the media was, and that as a local Member of Parliament, I was not given that courtesy, despite having requested information for two weeks by contacting the right Hon. Gentleman via his Parliamentary Private Secretary.

“I have sent letters, I have sent WhatsApps—nothing back. Can we be crystal clear on one thing? At the Manchester hustings—this is a matter of public record and people can find the clip—the Prime Minister made it crystal clear, no ifs, no buts, no caveats, that fracking would take place in the United Kingdom only where there was local consent. That was crystal clear.

“If the Prime Minister is to remain a woman of her word, and a woman in whom we can believe—and I believe she is—will the Secretary of State outline how that local consent will be given and demonstrated in my constituency of Fylde?”

Do you think a trade deal with US is a priority? POLL [REACT]

Until the Ukraine war, around four percent of gas coming to the UK was supplied by Russia but there’s since been a drive for self-sufficiency.

The Truss government is set to issue around 100 licenses, the Prime Minister has said fracking will only go ahead in areas that support it. However, a country charity representing over 40,000 people has signalled its opposition.

Under current rules, drilling must stop if it triggers tremors of 0.5 or more on the Richter scale. But some experts have claimed that tremors naturally occur at this level and with a minimum intensity that it is almost impossible to be felt above the ground. In fact, the Royal Society says tremors up to magnitude 2 are not likely to be felt above ground.

Mr Rees-Mogg believes the 0.5 limit is “too low” and “will be reviewed to see a proportionate level”, despite The Country Side Charity (CPRE) warning that this will spark “fury off the Richter scale”.