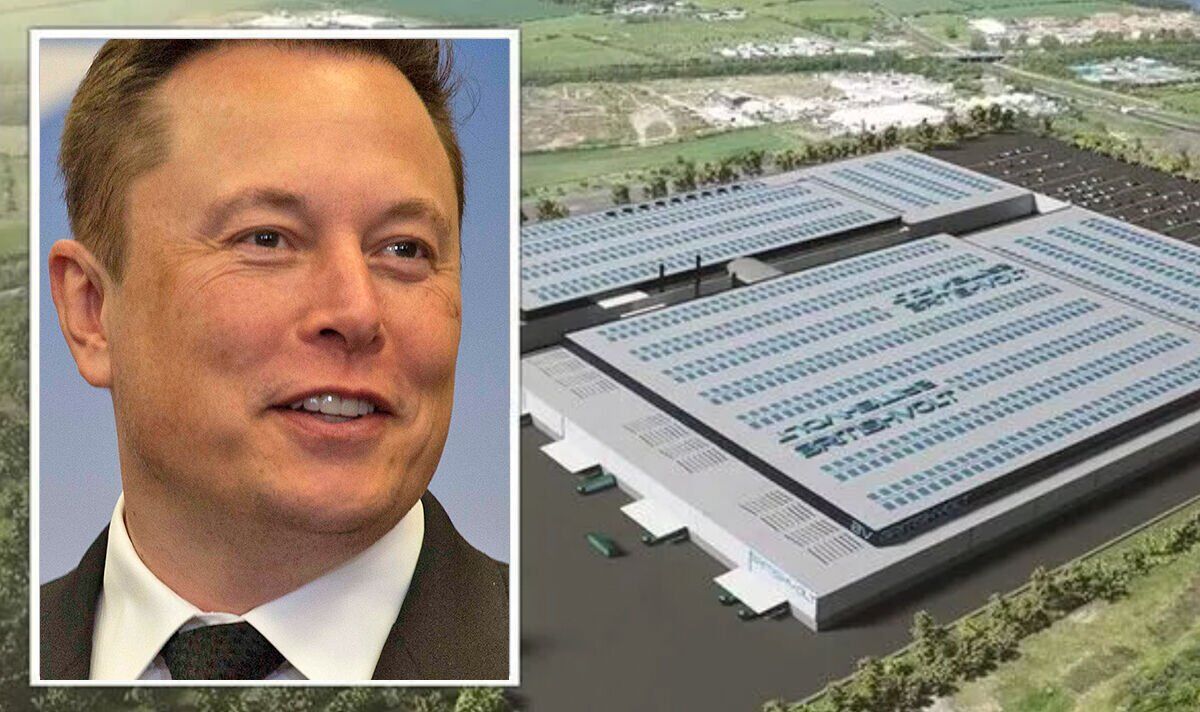 Battery technology firm Britishvolt is constructing a gigafactory in Blyth, Northumberland, after raising £1.7billion in funding for the pioneering UK facility. An unnamed source told the Telegraph it would be a “win for the UK”, were Britishvolt able to provide performance batteries to electric car manufacturer Tesla. The batteries the firm are developing are said to be similar to sample power cells Tesla ordered from Panasonic, their oldest battery partner, earlier this year, which were both larger and more energy dense than conventional models. Earlier this month, it was reported Tesla would be using these “4680 format” cells to power all of their future electric vehicles — including the angular-looking Cybertruck.

Britishvolt CEO and founder Orral Nadjari told the Telegraph “What we want to do is we want to help electrify the UK.

“First, we are focusing on this kind of niche, high performance end.”

The firm is looking to focus on high-performance vehicles such as those manufactured by Aston Martin and Lotus — both of whom have signed up as future customers.

However, Britishvolt is also reported to be developing large-format cells in an effort to whet the appetites of Elon Musk and Tesla.

Back in late May, Britishvolt announced it had reached a €36million (£31million) deal with the Bulgaria-based Monbat Group to acquire EAS, an advanced battery cell technology developer based in the German city of Nordhausen.

“The acquisition of EAS will allow us to scale up the final part of the 46xx cell development and commercialization programme and put this leading cell product in the hands of our automotive customers.”

This, they added, is “exactly the cell solution they have been seeking in terms of next-generation, high-performance and long range battery technology.

Britishvolt has already agreed to send some test battery cells to an unspecified leading European car manufacturer and has negotiated early-stage supplier relationships with three other continental firms on top of their existing arrangements with Aston Martin and Lotus.

Some commentators have expressed some scepticism about Britishvolt’s capacity to compete with established firms like Panasonic (Japan), LG Chem (Korea) and CATL (China).

However, Mr Nadjari said there is opportunity in Europe — which is only expected to have 30 gigafactories in operation by the end of the decade, compared with China’s 226.

He said: “The entire supply–demand imbalance in Europe actually directly affects the United Kingdom and Britishvolt.

“It doesn’t matter how many you build right now, you will have a shortage of supply.”

Furthermore, he explained, most cars made in Europe will also need to source their batteries locally in order to comply with the EU’s rules of origin.

On top of this, an automotive industry looking to up its green credentials can hardly afford to be shipping weighty batteries all the way from China.

Regardless of whether or not Britishvolt succeeds in landing Tesla as a client, their Blyth Gigafactory plans have been lauded by the UK Government.

Prime Minister Boris Johnson said: “Britishvolt’s plan to build a new gigafactory in Northumberland is a strong testament to the skilled workers of the North East.”

He added that it also signals “the UK’s place at the helm of the global green industrial revolution.

“Backed by government and private sector investment, this new battery factory will boost the production of electric vehicles in the UK, whilst levelling up opportunity and bringing in thousands of new highly-skilled jobs to communities in our industrial heartlands.”