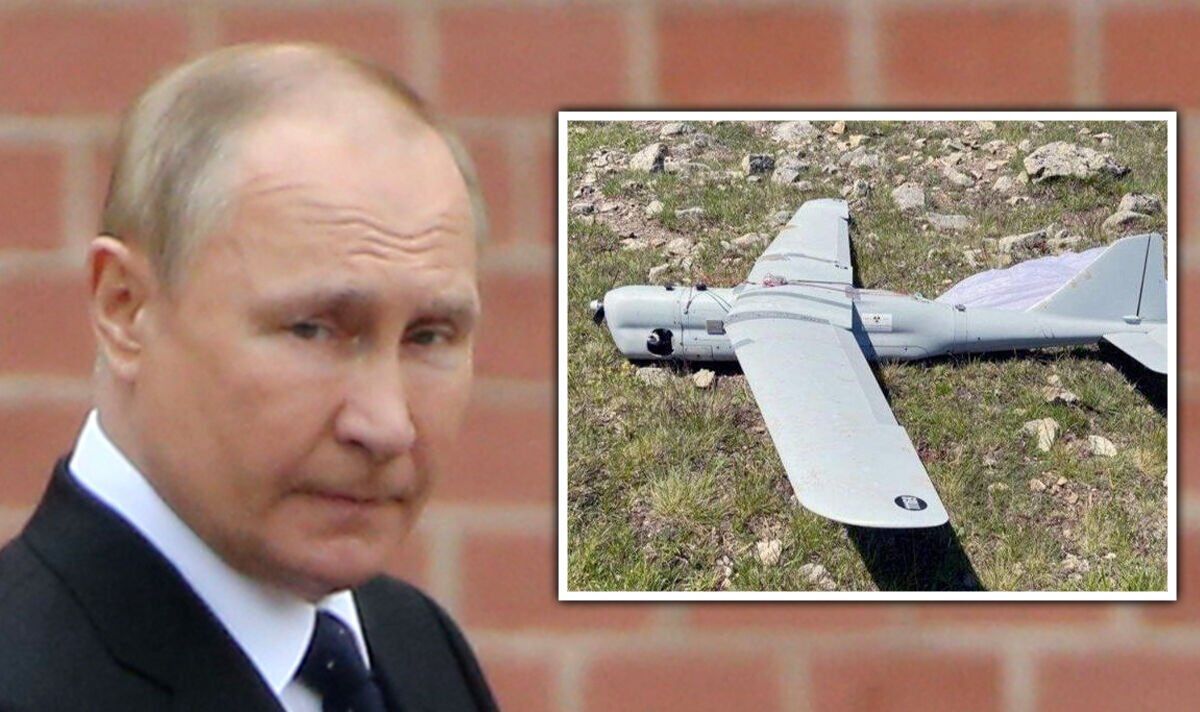 Pictures on social media show the drone on the ground in the mountainous Kurtun Gumushane region. The discovery comes as tensions rise and talks between Turkey and Russia are ongoing on creating a safe sea corridor in the Black Sea, where Moscow has battled Ukraine.

Twitter account @Rinegati (War In Ukraine) posted pictures of the Orlan-10, and added it is “unknown where the drone was launched from”.

“This was announced by Turkish aerospace and defense specialist Arda Mevlutoglu.”

Bulgarian website bulgarianmilitary.com reported the UAV, whose parachute seems to have opened, made an emergency landing in the area.

The UAV that crashed in Gumushane may have come from three areas: the Black Sea, Syria, and Armenia.

The Orlan-10 is actively used by the Armenian army.

Turkey has also seen talks with Finland and Sweden stall over the Nordic countries’ plans to join NATO.

Tripartite talks between Turkish, Finnish and Swedish officials in Brussels, which ended on Monday, “ended inconclusively,” further diminishing the prospect of a potential breakthrough at the upcoming summit.

The NATO summit “was not a deadline for Finland and Sweden’s membership in the alliance” said Turkish spokesperson Ibrahim Kalin.

A source also told Al-Monitor’s Amberin Zaman, “The Turks are not providing any clear perspective for their membership, and it is likely to turn into fireworks in Madrid.”

In the UK Ministry of Defence’s daily intelligence update, they shared Russia has continued “heavy shelling” while enveloping “the Sieverodonetsk area via Izium in the north and Popasna in the south”.

It added: “Russia is highly likely preparing to attempt to deploy a large number of reserve units to the Donbas.