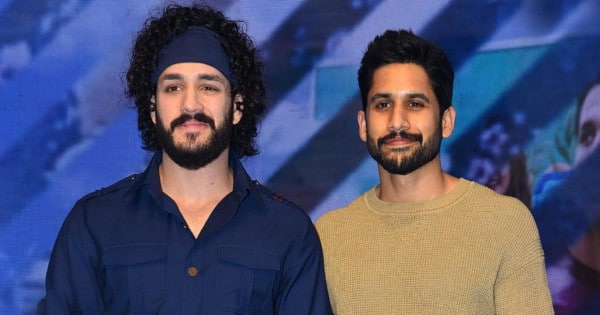 Nandamuri Balakrishna sparked controversy as he delivered a speech at the success meet of his film Veera Simha Reddy. In the speech, he spoke about the legendary SV Ranga Rao Garu and Akkineni Nageswara Rao Garu. This didn’t go well with the grandson of Akkineni, Naga Chaitanya, and Akhil Akkineni slammed the actor for his derogatory comment. Also Read – Samantha Ruth Prabhu spotted in Mumbai looking chic in a white pantsuit; Will work on Citadel remake start soon? [View Pics]

Enthusiastic Balakrishna celebrating the success of his movie wrongly mentioned a few industry names. Speaking of his father NT Rama Rao’s contemporaries, he named SV Ranga Rao, Akkineni, Thokkineni. A section of society didn’t like the way he spoke of some actors in the industry. This caught the attention of Naga Chaitanya and his brother Akhil Akkineni who were then hurt by Balayya’s statement. Also Read – Samantha Ruth Prabhu knows how to shade haters with flair; From her recent reply to ‘lost charm’ and shutting up gossip-mongers Shaakuntalam actress is a pro

Akkineni brothers took to Twitter to issue a joint statement in this regard. Without indicating Nandamuri Balakrishna they reacted to his comment through a message on Twitter. They wrote creative contributions of Nandamuri Taraka Rama Rao garu, Akkineni Nageshwar Rao garu and S. V Ranga Rao garu have been the pride and pillars of Telugu Cinema. Further added that disrespecting them is degrading ourselves. Also Read – Shaakuntalam actress Samantha Ruth Prabhu’s response to a tweet pinpointing at her ‘lost charm and glow’ post myositis is winning over social media

While Naga Chaitanya and Akhil Akkineni gave a strong response on social media in support of their grandfather ANR, Nagarjuna is yet to react on the same. People supported the two calling them matured and asked Mr. Balakrishna to borrow some maturity from Chay.

Meanwhile, Balakrishna’s latest film Veera Simha Reddy became a hit releasing in competition with Chiranjeevi’s Waltair Veerayya. The film is directed by Gopichand Malineni and produced by Mythri Movie Makers. The adventure film made a business of rs 125 crores at the box office.