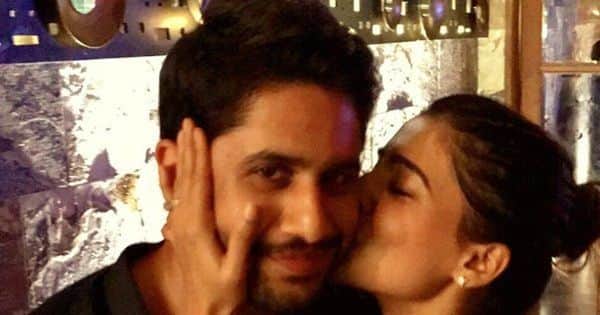 Naga Chaitanya has immense respect for ex-wife Samantha Ruth Prabhu; this is what he has to say about the constant news of their divorce

Naga Chaitanya is extremely tired of talking about his divorce with ex-wife Samantha Ruth Prabhu and wants people to move on as they have. While Naga Chaitanya who is busy promoting Laal Singh Chaddha has openly admitted that he and Sam have a lot of respect for each other while talking to Pinkvilla, he also said that he is bored of the constant news of his separation from her. Talking further he mentioned that they both openly said that they owed the announcement of divorce to their fans, but now things are getting out of hand. Also Read – Samantha Ruth Prabhu to make Malayalam debut with Dulquer Salmaan in King of Kotha [Report]

Naga Chaitanya BORED of talking about his divorce from Samantha Also Read – Koffee With Karan 7: Kareena Kapoor Khan joins Sara Ali Khan, Samantha Ruth Prabhu and others to talk about exes; here’s what she has to say about Shahid Kapoor

The Thank You star said, “We both came out and put our statements and we both have immense respect for each other. I always look up to what she is doing. And there will always be great respect for her. That’s about it. We said what we have to. Beyond that, it’s just people trying to fill up columns and there’s nothing else. I mean I’m bored of it. I have been through three releases and I’m still attached to it.” Earlier we had reported how Samantha too is unhappy with the constant news about her past Also Read – Nayanthara, Rashmika Mandanna, Samantha Ruth Prabhu and more South Indian actresses and their deepest regrets

Naga Chaitanya talks about finding LOVE all over again

Naga Chaitanya made headlines after his separation and once again managed to hit headlines after Samantha on Koffee with Karan 7 admitted that there are hard feelings between them even now and maybe someday that will go away with time. The actor is also said to be dating Made In Heaven actress Sobhita Dhulipala. However, he has refrained from commenting on it till now. But he is ready to find love all over again in life, “Yeah, who knows. Love is what keeps us going. Love is an essential part of life just like how we breathe air. We need to love, we need to receive love and that’s what keeps us healthy and positive.”

Having said that Samantha is still not ready for love and she strongly made a statement that her way to heart is closed for now and she is only focusing on her work. The girl created a huge stir with her Oo Anatava song in Pushpa along with Allu Arjun and reportedly she will be seen in Pushpa 2 making yet another statement with her song.