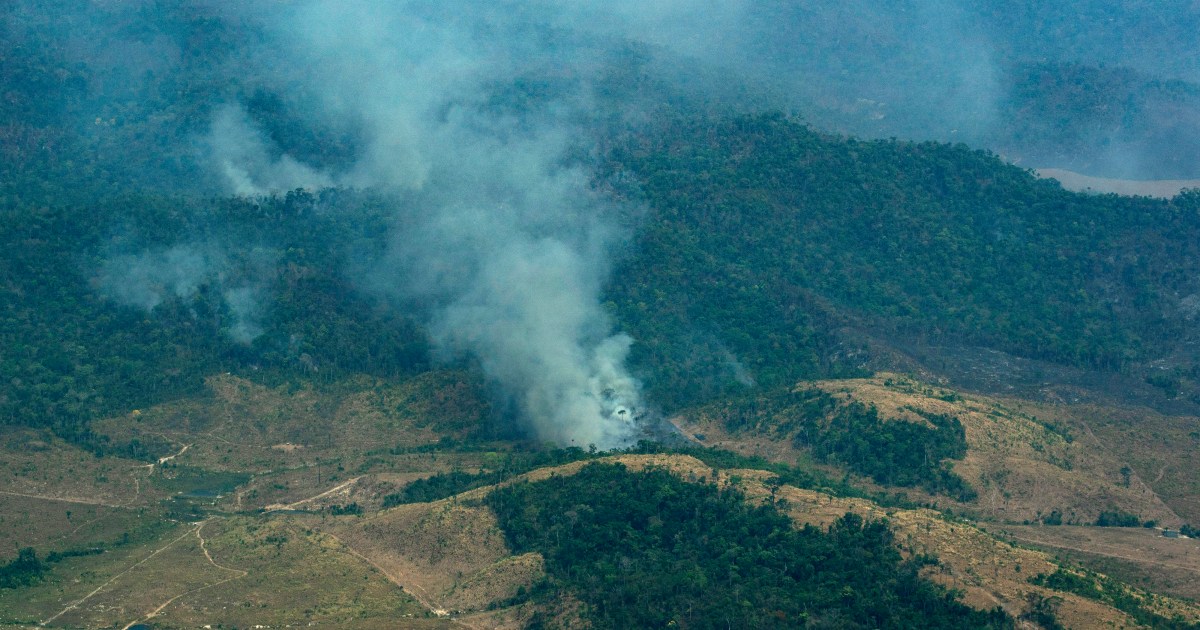 The UN is asking countries to designate 30 percent of their land and sea areas for conservation by 2030.

United Nations negotiators have begun talks in Nairobi towards reaching a new global pact for protecting nature and wildlife, after a previous round of talks in March failed to make progress.

With scientists warning that an estimated one million species are at risk of extinction, the UN is asking countries to designate 30 percent of their land and sea areas for conservation by 2030.

Tuesday’s talks were buoyed by a sense of progress after organisers announced the UN Biodiversity summit, or “COP15,” would be moved to Montreal, Canada, after being postponed four times in China due to the COVID-19 pandemic.

“We have every reason to be fully confident that the global biodiversity framework will be adopted”, said China’s environment minister, Huang Runqiu, who is also the COP15 president.

Meeting this “30-by-30” goal would help protect the world’s environments against poaching, pollution or encroaching human development, scientists say.

Earth has seen five mass extinction events and scientists believe we are now in the sixth, with animal and plant species going extinct at a rate not seen in 10 million years.

More than 90 countries, including the United States, have committed to the 30-by-30 target, according to the High Ambition Coalition for Nature and People.

The head of the UN Environment Programme implored delegates on Tuesday to reach a final draft agreement during the Nairobi talks this week. That draft would then be voted on at COP15 in December.

“Here today and these days, it is imperative that you make significant progress to ensure success at COP15 and thereafter,” UNEP executive director Inger Andersen said during Tuesday’s opening plenary session in the Kenyan capital.

But several sticking points remain, with the draft text currently riddled with square brackets that indicate a lack of agreement on issues such as goals for reducing pesticide use.

“Without numbers, the framework will remain aspirational and will be set up to fail,” Andersen said.

Funding remains another area of contention. A coalition of environmental groups, including the International Union for Conservation of Nature and the World Wildlife Fund, is calling for wealthy nations to contribute $60bn per year of the $700bn needed annually to address the biodiversity crisis.

“Much of the global loss of biodiversity is driven by high levels of consumption in wealthy nations,” said Brian O’Donnell, director of conservation non-profit Campaign for Nature.

Another $500bn could be achieved by slashing harmful subsidies for fossil fuels and agriculture, green groups said.

The UN also urged delegates to address how they would plan for and report progress on each of the targets. The world’s previous conservation targets – known as the Aichi targets – expired in 2020 without a single one being fully achieved.